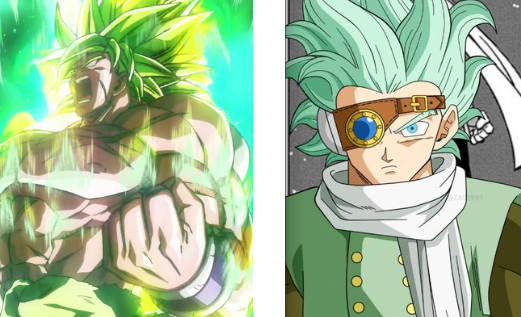 Will Granola Fight Broly As Well As Goku & Vegeta?

The previous Dragon Ball Super manga chapter revealed that Granola had given up approximately 150 years of his remaining life in order to gain an insane amount of power. The wish he put forward to the dragon in order to defeat Frieza was granted and he had three years to complete his ambition before he passes away.

However, before he can fight Frieza, other evils are plotting in the background and are planning for Vegeta to take on the Saiyan’s instead. Why? Well, the Heeters, the rich and strong group in alliance with Granola and the ones that are going to manipulate Granola, want his gone.

Yes, they too want Frieza gone but they want control of Frieza’s army as well. Sadly, Granola’s ambitions, although he wants to kills Frieza, that desire for revenge stretches’ out to Frieza’s army as well. Therefore, the Heeters need a way to get rid of Granola and that’s where the Saiyan’s come into the story.