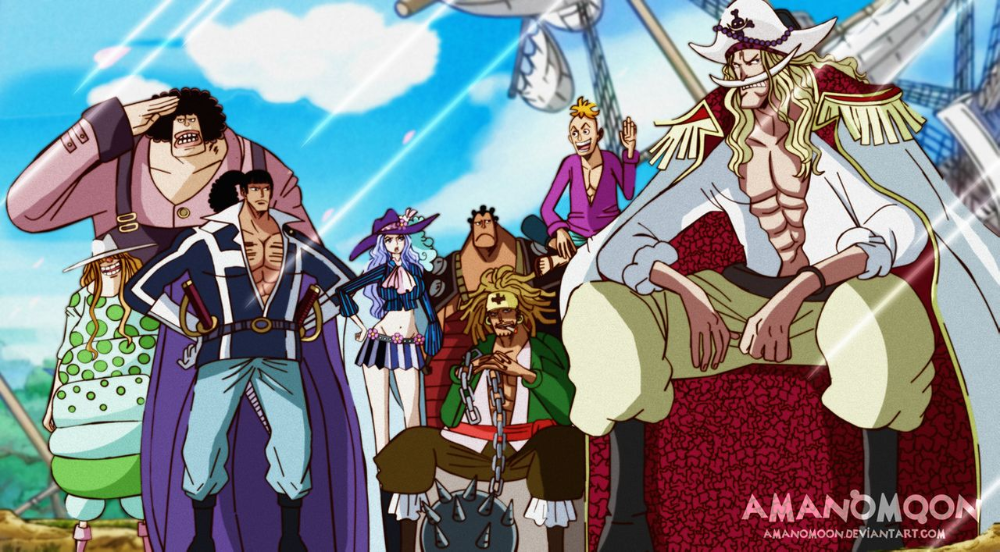 However, before the two became allies, similar to Ace’s meeting with Whitebeard, the two battled it out. The encounter was incredible and showcased more of Whitebeards legendary strength before he was weakened by old age and the disadvantages that come with it.

This Whitebeard wasn’t just younger and stringer, he was also very different. This younger version of Whitebeard seemed less fatherly, more aggressive and cockier. This was a slightly different type of Whitebeard that we are used to.

This Whitebeard had barely made a name for himself and had only recently ventured on his own. He was powerful and ambitious but inexperienced in comparison to his older self.

As a result, he was slightly less recognisable to the Whitebeard from Marineford when it came to his personality. R Bruce Elliott, the man behind the voice of Whitebeard and also Captain Ginyu in Dragon Ball Z, expressed his excitement for Whitebeard’s return. Furthermore, during the exclusive interview with us last year, knowing through the manga that a younger Whitebeard will be animated soon, he mentioned his excitement in voicing the different Whitebeard.

You can watch the full exclusive interview with R Bruce Elliott in the video below. The more the Old Era is referred to, the more we will see of Whitebeard and I believe that we will be seeing a lot more of him in the future.