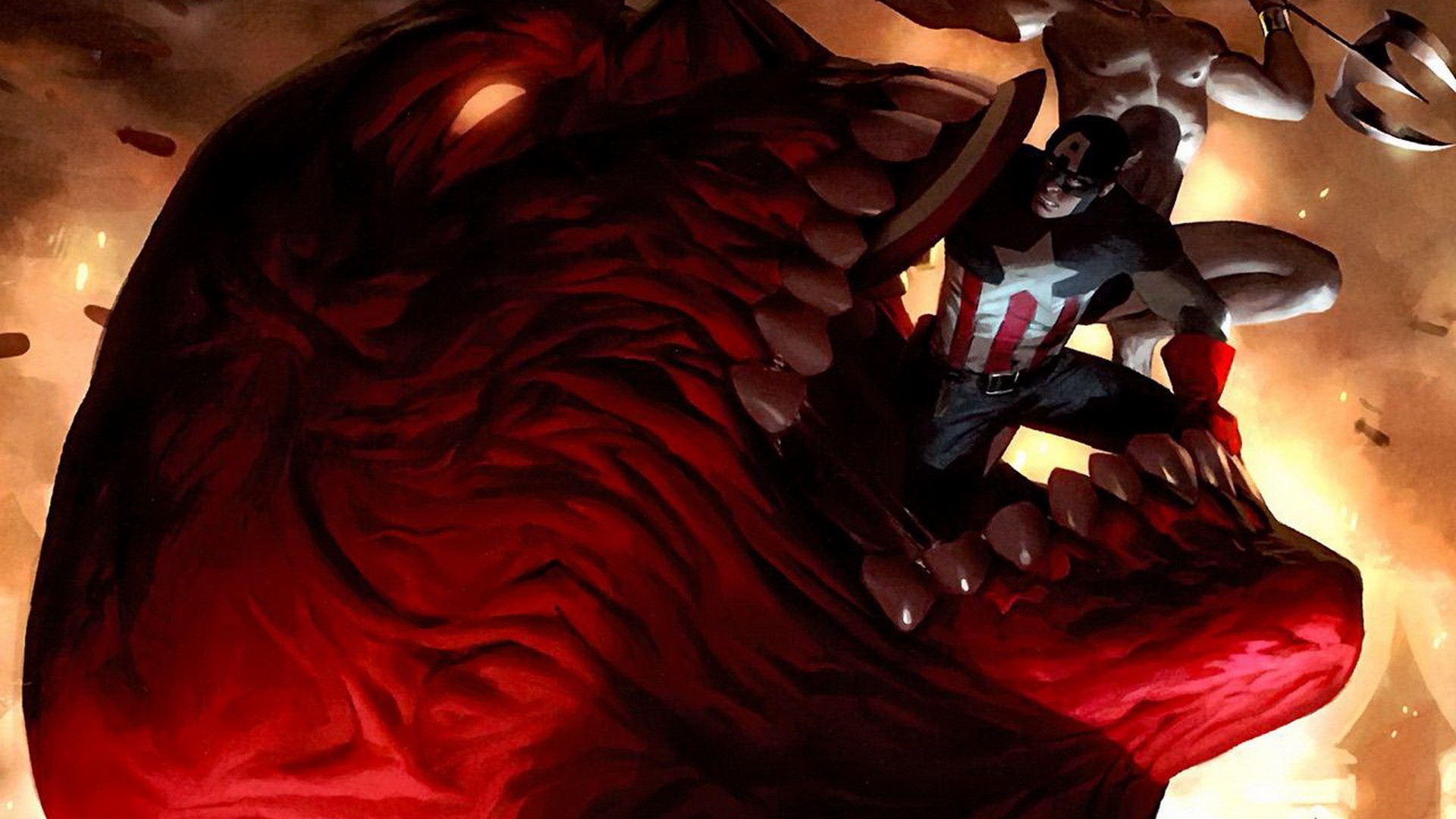 What Is Marvel's Red Skull's Favourite Food To Eat?

So, you’re probably thinking, “why the f#$k do I need to know this?” but remember, no one forced you to click on this. Your inner hidden intrigue as to what crazy Nazi-cereal Red Skull ate for breakfast is what brought you here and don’t worry, I’m about to quench your thirst for useless knowledge today.

Now, let’s begin. Firstly, I want to point out that this all is based on an exclusive interview (one of the few I was allowed to conduct before the world decided to no-longer leave their homes) at Supanova Melbourne 2020. The interviewee was none other than the man behind Red Skull from the Avengers: Infinity War and Avengers: Endgame in Roscoe Marquand, who is also known for his role in The Walking Dead.

The interview began fantastically, Mr Marquand was energetic and it appeared as if he was really enjoying himself. Then I realised, we had been chatting for roughly 10 minutes and all we really talked about was our favourite anime and food. Literally nothing to do with the actor’s roles in either of the franchises I mentioned earlier, which I was okay witth, as I was having a great time but my Marvel audience might have a different opinion.

In saying that, you’re still reading this so, maybe my Marvel audience actually wants to know what the dinner chice of evil Hydra/Nazi failed experiment abomination’s is. Well, let me finally tell you what it is. Marcqand loves Greek food, which I being Greek, related to. Apprently, a little too much, as we couldn’t stop listing our favourite treats and dishes.

Now, don’t worry, there was more than just Greek food on the agenda during the interview, which by the way, I have linked below for you to watch from our YouTube channel (please subscribe). Here, we also discussed the future of Red Skull in the MCU as well so, make sure to check that out.