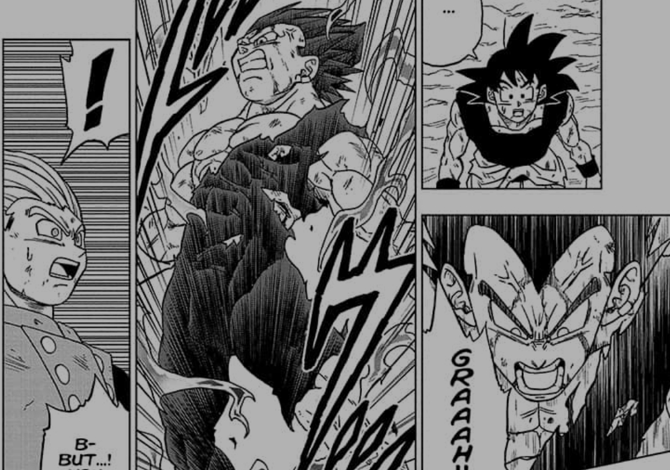 Vegeta Reveals The Limitations Of His New Transformation

Dragon Ball Super manga chapter 76 has just been released and with it’s release came more information about Vegeta’s new transformation. According to Vegeta himself, his new Ultra Ego transformation has no limitations at all.

That’s right, according to Vegeta, there are no limits to his new power and he will continue to gain strength as the battle continues. However, the power is reliant on the users destructive resolve so, in a way, there is a limit but it’s a conscious limit, not a physical one.

Vegeta’s Ultra Ego transformation is it’s official English dub name but depending on the translation, the name of the form varies. The Saiyan Prince was able to access this new level of power after training with Universe 7’s God of Destruction Beerus, in an attempt to catch up to Goku and his Ultra Instinct form.