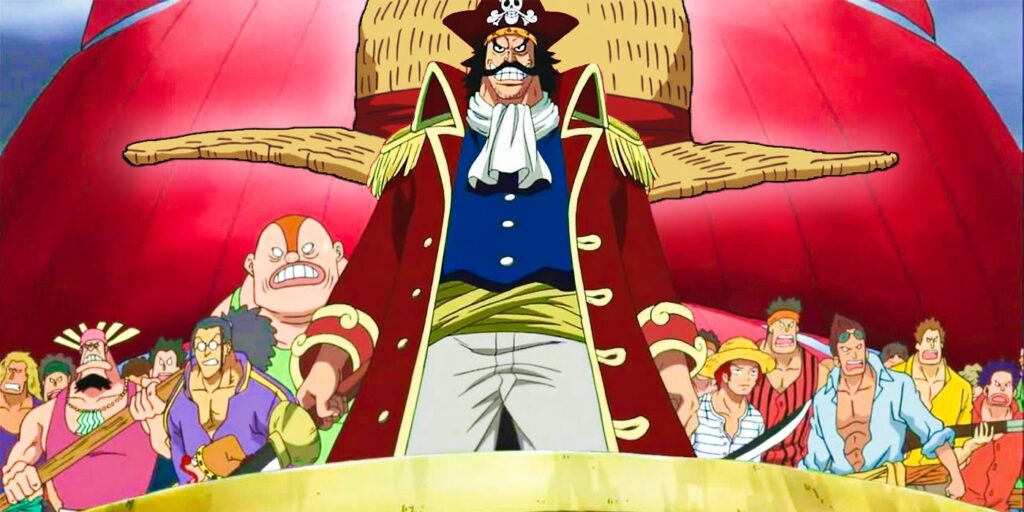 The Mysterious Confirmed Child Of The Roger Pirates

In the recent flash-backs that showcased Oden travelling alongside the Roger Pirates, we got to see more from he Pirate King than what we have ever seen before. It’s here, that we were given some new vital information about a young unknown crewmember.

While Roger and Rayleigh held Momonosuke and Hiyori as babies, the two mentioned that this reminded them of another child that they spent time with. “I haven’t spent time with a baby in ages!” And “It reminds me of the old days,” the two stated.

Most One Piece fans assumed that the two were talking about Gol D. Roger’s son Ace and didn’t think too much more about the statement after that. However, I need to point out that this interaction took place well before Ace was born.

Therefore, the baby that Roger and Rayleigh were talking about, was not Ace and was in fact, likely another baby that they travelled with. Considering both Buggy and Shanks were quite young when they sailed with the crew, it’s possible that they didn’t join the Roger Pirates as children.

Instead, they may have joined the crew as babies. It’s even possible that the two has parents that were also Roger Pirates but they passed away in some battle, which is why Roger took them in and allowed them to live on the ship.

There’s still so much that we don’t know about this interaction but knowing Oda, there’s reason for this mention and we will eventually know amore about what it all meant.