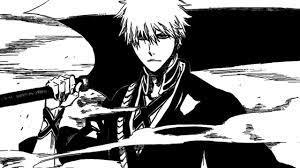 The Bleach Manga Returning With A 73 Page Special

News has just dropped that the Bleach anime is not the only Bleach production returning for anime fans to enjoy. According to recent reports from the Weekly Shonen Jump magazine, the Bleach manga will also be coming back.

In celebration of the manga’s 20th anniversary, there will be a 73 page special released. However, what the special chapter will be showing us is something still unknown.

Many fans are hopeful that it’s a time-skip or even a new ending to the Bleach ending that we previously received. The Bleach manga’s ending was sadly rushed after a shock cancellation of the series and it caused Bleach fans to feel unsatisfied with the conclusion, as well as still having a lot of questions remain an answered.

However, those questions might soon be answered when the Bleach manga returns in 2022. As for the Bleach anime, it’s still expected to be released in 2021 but little has been released from that production as well.