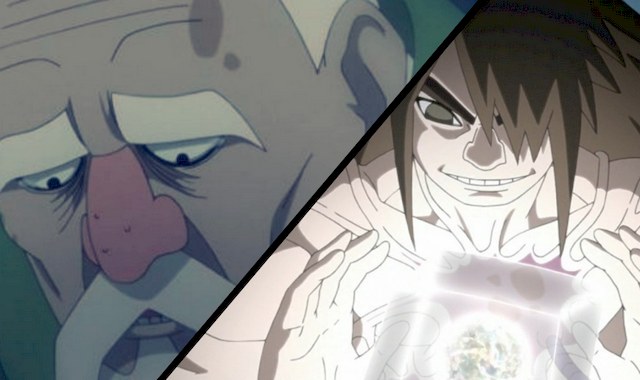 I just want to point out that this is not an ad and we don’t receive any “free-breeze” or money from Viz Media or writing this. I say this because I was scrolling through Twitter “something I do a little too much” and I found a post from Viz announcing that Onoki’s Will is now available on DVD and Blue-Ray.

But why is this so important? Well, it’s because this arc has to be the best arc the Boruto anime has created outside of the Boruto Naruto Next Generations movie. Again, I’m only talking about the anime, which many fans have criticised after 169 episodes filled with minimal manga content.

In saying that though, this arc that showcased Mitsuki leaving the Konoha village with a group of terrorist synthetic humans heading for the Hidden Rock village and his friend following him to bring him back. The arc that started in a similar fashion to that of Sasuke’s departure in Naruto, ended in a secret plan by the 3rd Tsuchikage.

Onoki after experiencing great loss after the death of his grandson started a secret plan to create synthetic humans to protect the village. These creations were meant to be obedient and sacrifice themselves to keep the youths of the Shinobi world safe.

However, unexpectedly, these creations developed a will of their own and their own personal desires. This caused some of them to detest humans and believe they were inferior. This caused them to rebel and care about their own lives more than the humans they were meant to protect.

As I mentioned before, this arc like most of the Boruto anime thus far has not appeared in the manga. However, unlike much of the series that has had countless critics complain about the quality of episodes and too much filler, this arc, canon or not; was easily the arc I enjoyed the most from the Boruto anime and is definitely worth your time.