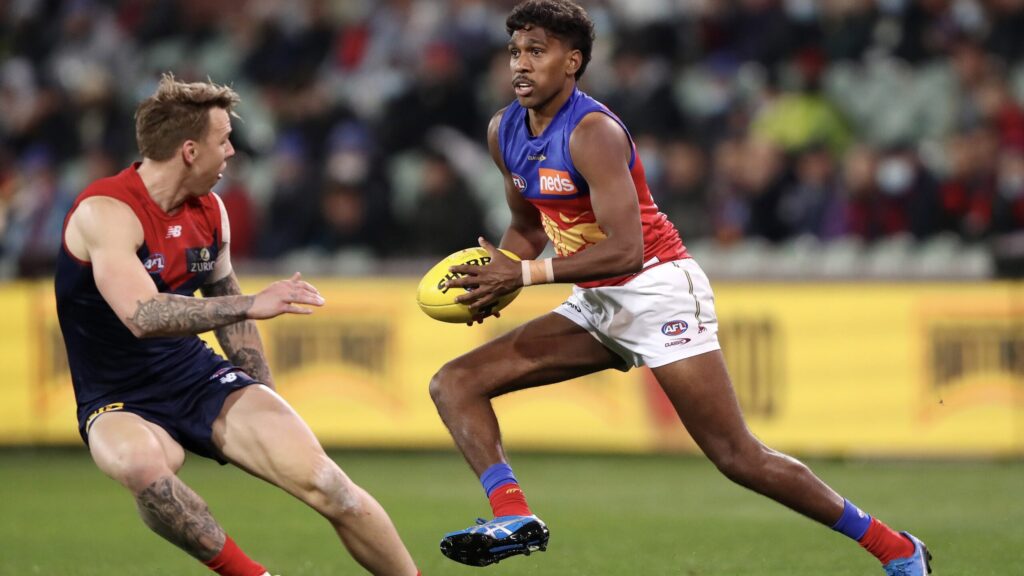 ADELAIDE, AUSTRALIA - AUGUST 28: Keidean Coleman of the Lions and James Harmes of the Demons during the 2021 AFL First Qualifying Final match between the Melbourne Demons and the Brisbane Lions at Adelaide Oval on August 28, 2021 in Adelaide, Australia. (Photo by Sarah Reed/AFL Photos)

Kaidean Coleman is someone who I am yet to really see mentioned in SuperCoach or AFL Fantasy circles, and it’s possible that everyone is just keeping this secret to themselves. Just like the popular Hayden Young, Coleman is entering his 4th AFL season and is 22-years-old. The Brisbane defender is nearing 50 AFL games (41 games thus far) and has proven in 2022 that he can score well.

Coleman has the potential to be a very dangerous POD in defense this year. He is currently priced at $479,000, which is much cheaper than Young, who is starting with an expensive $508,200 price-tag. After a disappointing first three games for Coleman in rounds 6, 7 & 8 last year. The rebounding defender finished the year strongly, averaging 87 SuperCoach points for the season.

However, Coleman’s average is skewed by those opening average three games that I mentioned earlier. If you only look at the following 12 games, between rounds 9 and 23, which Coleman later played, he averaged 93.67 SuperCoach points. That included four 100+ scores and a 99.

That’s a much better average and it’s actually a better average than Young, who finished the season averaging 92.3 and only scored 100+ points two more times than Coleman did. Also, take into account that Young played more games that Coleman and so, had more opportunities to score over 100 points.

I believe that the former number 37 National Draft selection for the Lions back in 2019, has flown under the radar and if he’s scoring well this preseason, he could be a great option for you in defense. However, my only concern is Brisbane’s new rookie recruit in Connor McKenna. The former Essendon defender plays a very similar role to Coleman, and could impact the latter’s scoring. In a perfect world, I’d like to see how both players play in the same side together, before making a call on Coleman.