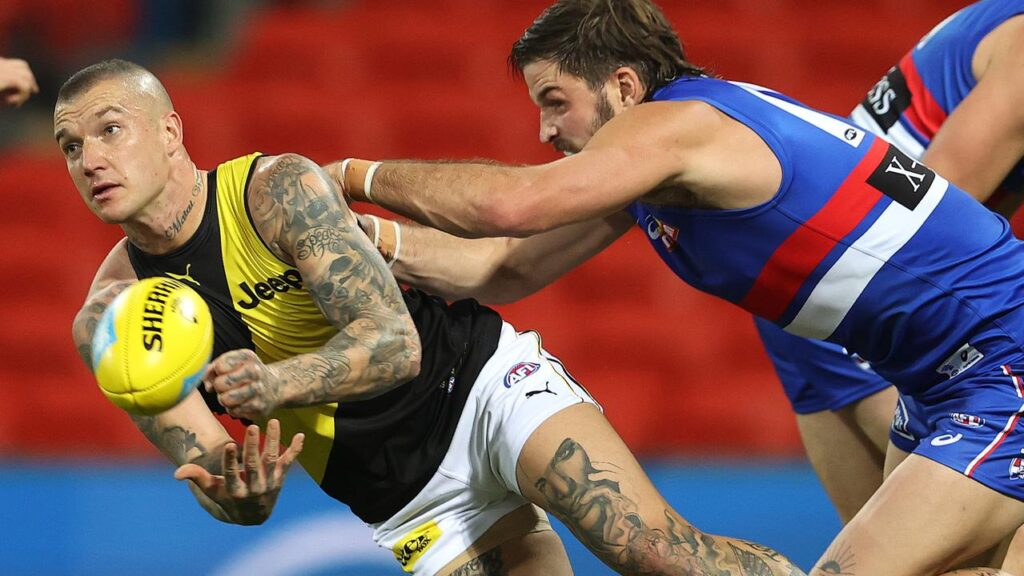 SuperCoach: Is It Time To Trade Away Dustin Martin & Josh Dunkley?

As for Dustin Martin, there is less risk on holding him in comparison to Dunkley. In reality, Dusty isn’t expected to spend anywhere near as long as Dunkley on the sidelines. Martin will miss next week after a knock to the head, as per the new concussion safety rules. But he is very much expected to return the following week.

Dustin Martin, just like Dunkley, is one of the few consistent star options up forward this year and trading him away just to score a little more in round 7, is a very short-sighted approach. Damien Hardwick has even stated that the rest in round 7 will do Dusty well, as he has been slightly hampered by a minor ankle injury.

This means after a rest, Dustin Martin should be fit and firing once again and trading him in round 7 is something you will regret. In conclusion, consider holding Dunkley if you can but let’s be honest here, trading him is probably the better call considering his price. As for Martin, just hold him for the week.