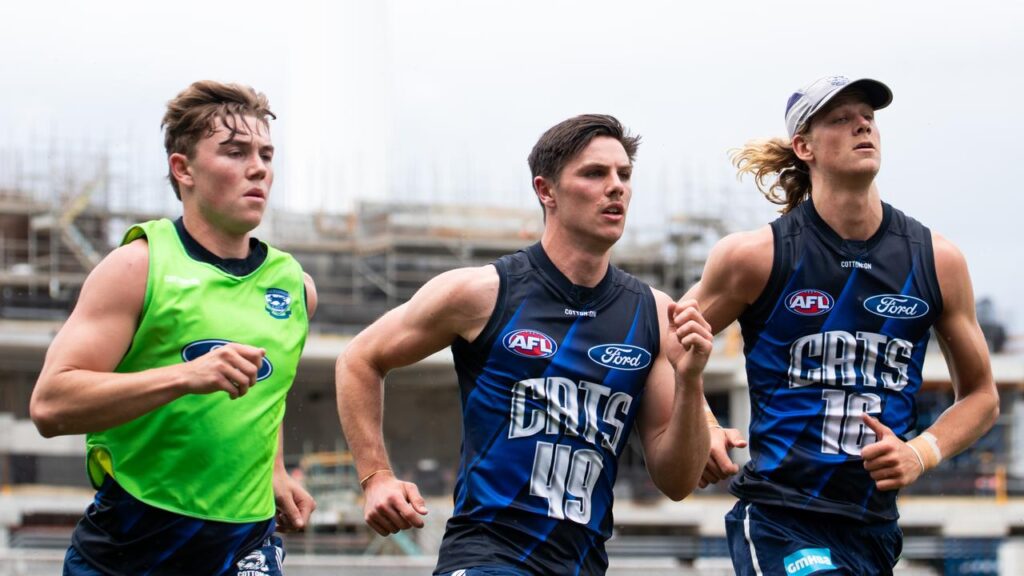 The Cats will be without star forward Tom Hawkins for not only the opening round of 2023 against Collingwood, but possibly the opening 2-3 games. This has thrust two tall Geelong rookie-priced players in the driving seat for early appearances. The first is Esava Ratugolea (RUC/FWD) $174,000 and the other is Shannon Neale $129,100 (FWD).

My personal opinion and hopes go to Ratugolea, as we face a season start with minimal likely rookie ruck options. Geelong refused to allow the 24-year-old to make his way to Port Adelaide during the 2022 AFL Trade Period, stating that Ratugolea was a required player. This is a hint that the Cats have plans for him after Ratugolea was only able to play 4 AFL games in 2022.

This was a huge drop from the previous 3 seasons, which saw him well within Geelong’s best 22. Now, with Hawkins under an injury cloud, Ratugolea, who has DPP status, could be the experience they need up forward while Hawkins gets his body match fit.

Meanwhile, Neale, who played 2 AFL games last year and averaged 33.5 SuperCoach points, is another who is a serious option to replace Hawkins. Head of Player Development Matthew Egan, has already praised the young forward this preseason over Cats Media.

“He’s getting some experience with Jeremy Cameron and Gary Rohan and some of the bigger guys down there at being the main target, along with the big fellas.”

“He’s come back from the pre-season in ripping shape, and into his third year now, he’s sort of free to go.”

“(Neale’s) getting a lot of the training in. He’s an amazing athlete with his ability to play tall, and he’s developed his body so he is strong enough to play on anyone, but he can also get right up the ground and play a third, hybrid tall as well.”

Both rookies could play early but I personally hope it’s Ratugolea that gets the opportunity. As I mentioned before, he’s got DPP status and we have minimal rookie ruck options. Ratugolea could be the perfect spare ruck on the bench, making cash and providing flexibility up forward as well.