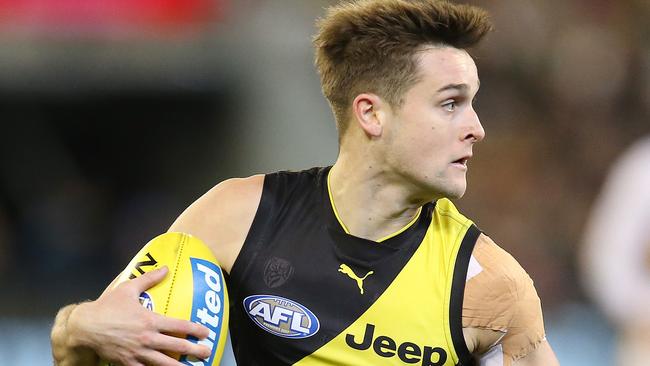 A POD (Point Of Difference) in your side, is a player that has low ownership. These players can make a big difference in the early days of owning them before everyone else jumps on the bandwagon. However, that only applies if they perform well. These players have low ownership because they’re risky, but with great risk sometimes results in great rewards.

I can almost guarantee you that Richmond’s Jayden Short will not be highly owned come round 1 and I will tell you why that’s the case. Short was a POD entering the 2022 season and was in brilliant form early, which quickly made him a regular in most sides but dropped off late.

Short was fantastic when playing in defence but a position switch to the midfield hurt his SuperCoach output. Short’s average dropped from 100+ to the 90s, which isn’t terrible but also not great for your final side. He also bled cash after that point as well, which that trading him for another premium was difficult.

As a result of this position change, Short, who was previously considered one of the best DEF options in the first half of 2022, has now lost his DDP (duel position player) status and is now a MID only. However, I can see that all changing very soon. The arrival of Jacob Hopper and Tim Taranto, as well as a fit Dustin Martin, means that Short’s midfield time will likely significantly reduce.

Therefore, it’s likely Short will return to his damaging DEF position. Short scored over 100 points in 9 of his first 12 games. This included scores of 136 against GWS and 152 against WCE. With scores like that, you won’t be upset to have him as a MID in the early rounds.

If The Herald Sun offers us DDP changes every 6 weeks like last year, then Short, if he returns to halfback like he’s expected to, could regain DDP status. Therefore, you can pick up Short now as a MID and move him to DEF later on. Why is this potentially a good move? Well, because we have a lot of impressive defensive rookies this year that you can make a lot of money off in the first half of the year.

So, you can make your money on them early, trade them out for a cheap MID to the bench and move Short into the backline later on. The 2019 Richmond Best & Fairest winner has proven to be a consistent scorer and very rarely misses a game. He is also priced at $543,800, which means that you need to get this right if you take the chance.

It’s high risk but there’s potential for high reward. Keep an eye on Short’s scoring in the preseason competition and where he is positioned. Short will need to be scoring above 100 in all of those games and playing predominately in the back half for me to consider him.