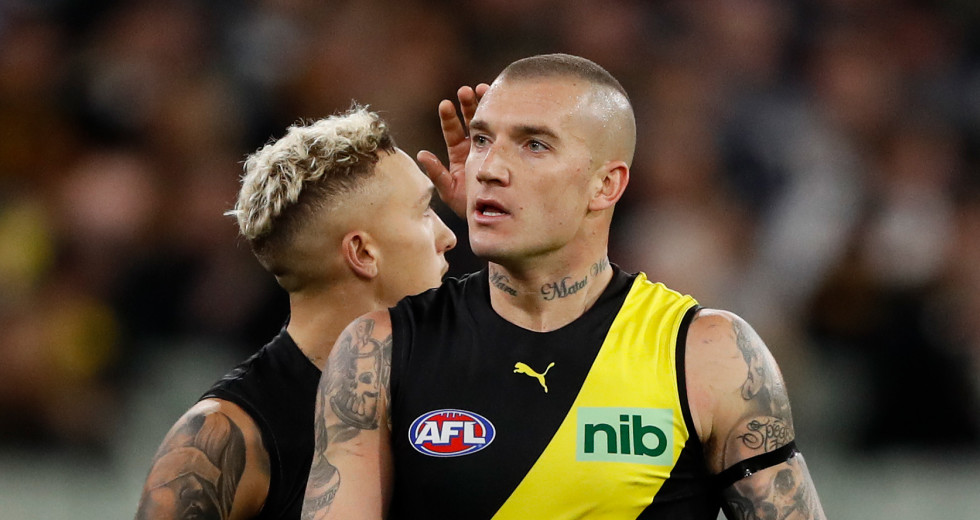 I can’t believe I’m saying it, but this year there appears to be an absolute superstar who is very much being overlooked this preseason. Brownlow medalist Dustin Martin is priced at a mere $480,400! And has DDP status as a FWD/MID, which gives him flexibility across two positions. Martin has previously been a SuperCoach favourite who has recently fallen out of favour, due to his disappointing 2022 season.

Martin averaged 87.3 SuperCoach points from only 8 AFL games last year. He finished preseason fit and firing, starting round 1 with a solid 108 points against Carlton. However, due to off-field family issues, Martin took time away from the club for well over a month, which caused him to undo his preseason work.

Martin then spent the rest of the year struggling with fitness and had an injury niggle as well. I know that this doesn’t appear to be a good sign to pick Martin, but last year wasn’t a true reflection of the star Tiger. The triple Norm Smith Medalist has averaged over 100 SuperCoach points from 2015 to 2020 (2014 was 99.5).

With 2021’s 92.5 average still being pretty good for a FWD option. Many looked at Martin’s price tag of $503,500 last year as a bargain. Well, if that’s the case, then this year Martin is starting at an absolute steal of a price. He seems to be better mentally and is also training well.

A fit Martin is a dangerous player to have. With new arrivals in the likes of Tim Taranto and Jacob Hopper arriving at Tiger Land, the 31-year-old may spend a lot more time up forward, which means more goal-scoring opportunities, as well as less midfield stress on his body. Just like Fyfe, this may help Martin stay on the field for more games and still be a good scorer. If Martin scores over 90 points in the preseason then pick him. His big games will be worth the occasional average scores.