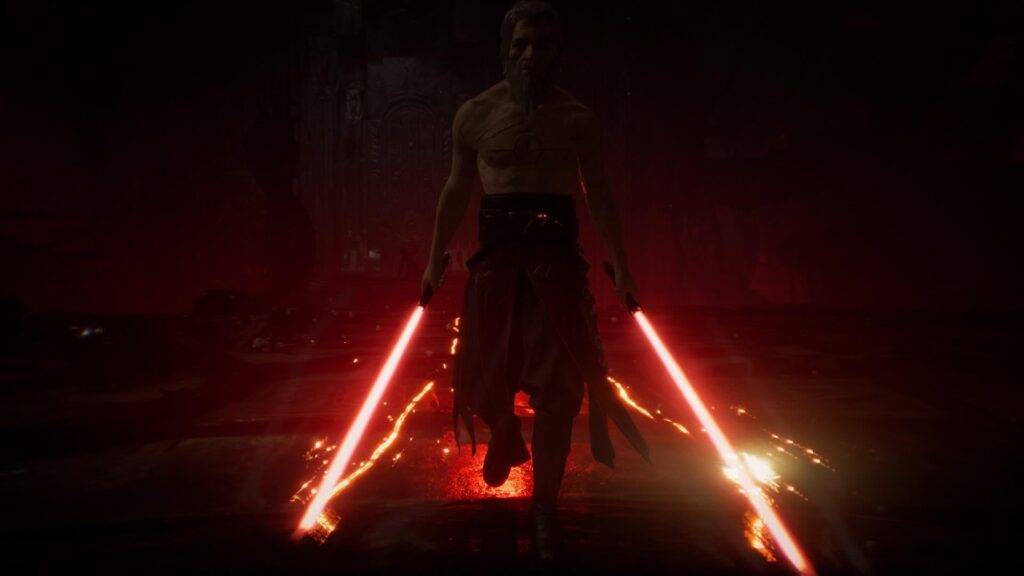 He auditioned for a side character. An old man with a cane. Then he gets to filming and out of nowhere, he’s suddenly an anti-villain with Jedi/Force abilities. Sounds like a dream come true, doesn’t it? Well, that’s because for actor and Star Wars fans Liam McIntyre, it was.

During an exclusive back-stage interview with the Spartacus, Gears of War and Star Wars Jedi: Fallen Order actor, McIntyre revealed his shock at being cast for the role of Taron Malicos, in the 2019 Star Wars game. The exclusive chat took place during Supanova Melbourne 2021.

By the way, this conversation all took place while he was wearing a Star Wars T-Shirt. It turns out that McIntyre while auditioning for the role, was given lines of an old man with a cane and when he was told that he was successful in his audition, McIntyre was expecting to return to that character.

However, instead, McIntyre was cast as Taron Malicos, a much bigger role than expected. Malicos was a human and former Jedi Master that served the Jedi Order and the Galactic Republic, as a Jedi General during the Clone Wars. After Order 66, Malicos later turned to the dark side upon escaping to Dathomir and later became the leader of the Night-brothers.