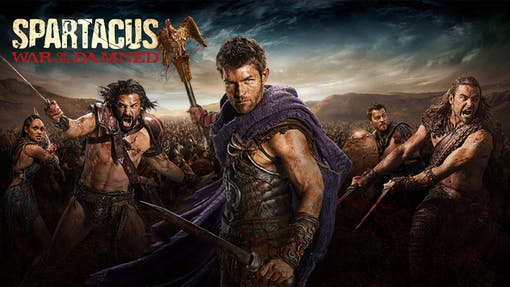 Spartacus Actor Shares His Thoughts On The Series' Ending

The Spartacus TV series ended in 2013 but the ending is still something that fans talk about to this day. The reason for this, is the open ending, as well as the fact that some believe Spartacus’ death was unglorified. As a result, we asked Liam McIntyre, the actor of Spartacus from seasons 3 and 4, his thoughts on the series’ ending.

For those who are unaware, Spartacus was killed in the midst of battle during the final episode of the Starz TV series by an unknown Roman soldier, seconds before he could land the final blow against Marcus Licinius Crassus.

This death does keep to the widely accepted history of Spartacus, as there are few records from that time 2000 years ago. The reason for this is that the Romans would have considered a slave revolution that almost destroyed them, as embarrassing and are known to eradicate various people from history. As a result, there is no person that we can say without a shred of doubt, was the man who killed Spartacus.

Many historians believe that Spartacus was killed in an unglorified way, within the midst of battle. While some say it was at the hands of the legendry Julius Caesar. However, Starz decided to take on the more common view in their approach for the series’ finale.

You can see McIntyre’s thoughts on page 2.