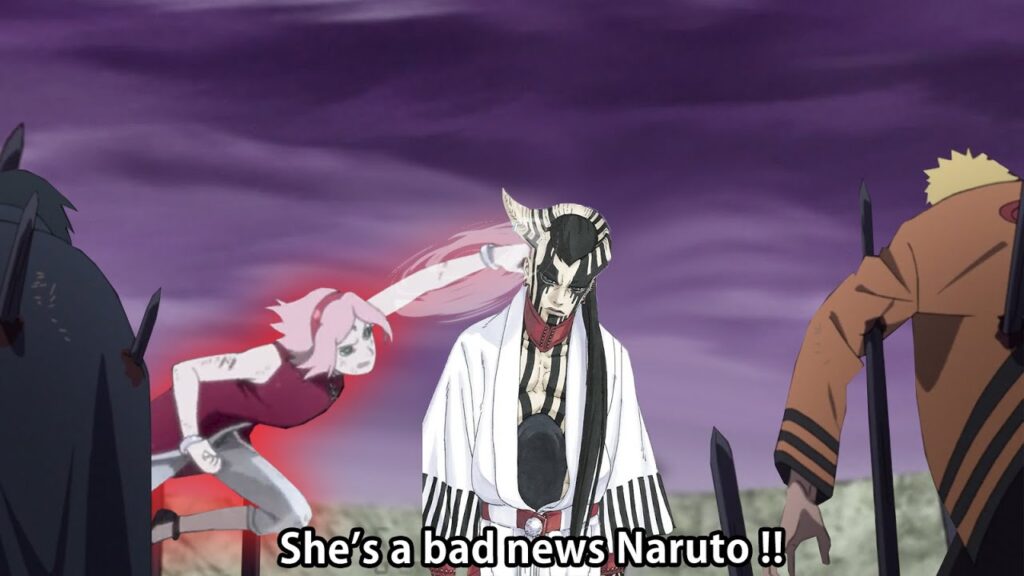 The current arc of Boruto Naruto Next Generations anime is showcasing the events leading up to the epic final battle between Naruto Uzumaki and Isshiki. The Seventh Hokage, still tired from his battle with Jigen, joins Sasuke Uchiha in a fight to not only save Konoha again but also the ninja world.

The two together make for a powerful duo, a combination of skill and power who defeated Momoshiki not too long ago. However, this new enemy is on a whole new level, a level that should have required the abilities of the legendary entire Team 7.

Yes, this means Sakura Hanaro as well. The previous episode of Boruto showcased Konoha starting to evacuate the villagers, with some Jounin heroes from the previous ninja war, staying back to slow down the pending threat to the village.

The three together defeated Kaguya. Sakura is an incredible medical ninja and powerful fighter. Sakura’s Hundred Healings technique may have even helped provide Naruto and Kurama with more life-force, which could have possibly even saved Kurama.

This technique enable Saskura be immune to all physical attacks and regenerate continuously until her chakra runs out. The abilit also enables her to pass that power onto others. As a result, there’s no doubt that Sakura would have been a great ally against Isshiki but for some reason, she wasn’t called upon.