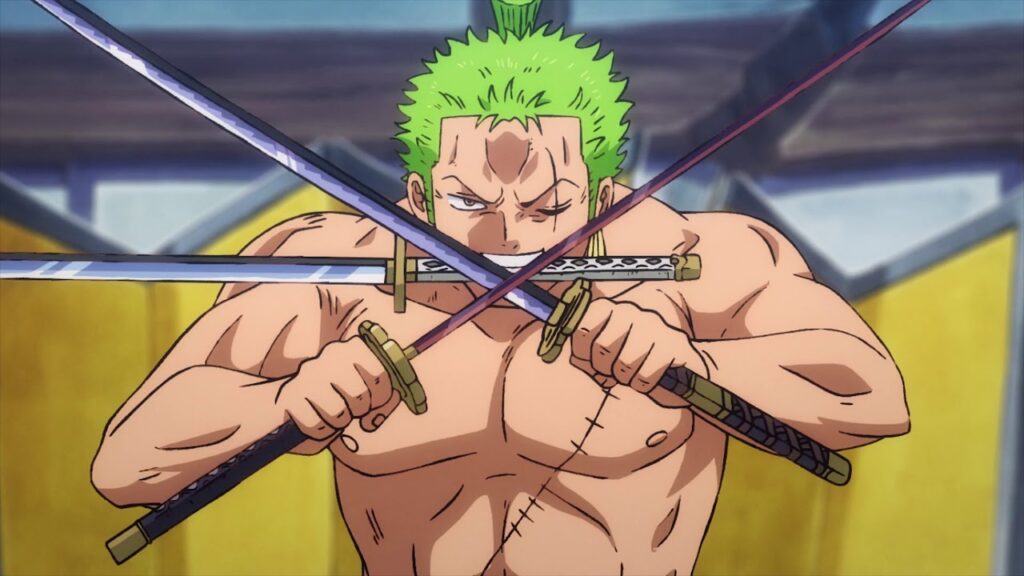 We are currently in the midst of battle, with the previous chapter of One Piece revealing that Luffy isn’t dead and the fight between him and Kaido will continue. Furthermore, the fighting elsewhere also hasn’t died down and now Sanji is about to take on one of Kaido’s strongest crewmembers in Queen.

Previously, Chopper had been fighting Queen and did a pretty good job against him and his plague. However, Chopper now needs a break and Sanji has arrived just in the nick of time. In addition, he brought with him the injured Roronora Zoro and that’s where things will get interesting.

It’s here that Eiichiro Oda has hinted that we haven’t seen the last of Zoro in Wano. As Sanji stated in the previous manga chapter while talking to Chopper, “If he (Zoro) recovers, he’ll be worth 10 men.” This was said moments before taking on Queen, as he handed Zoro over to Chopper.