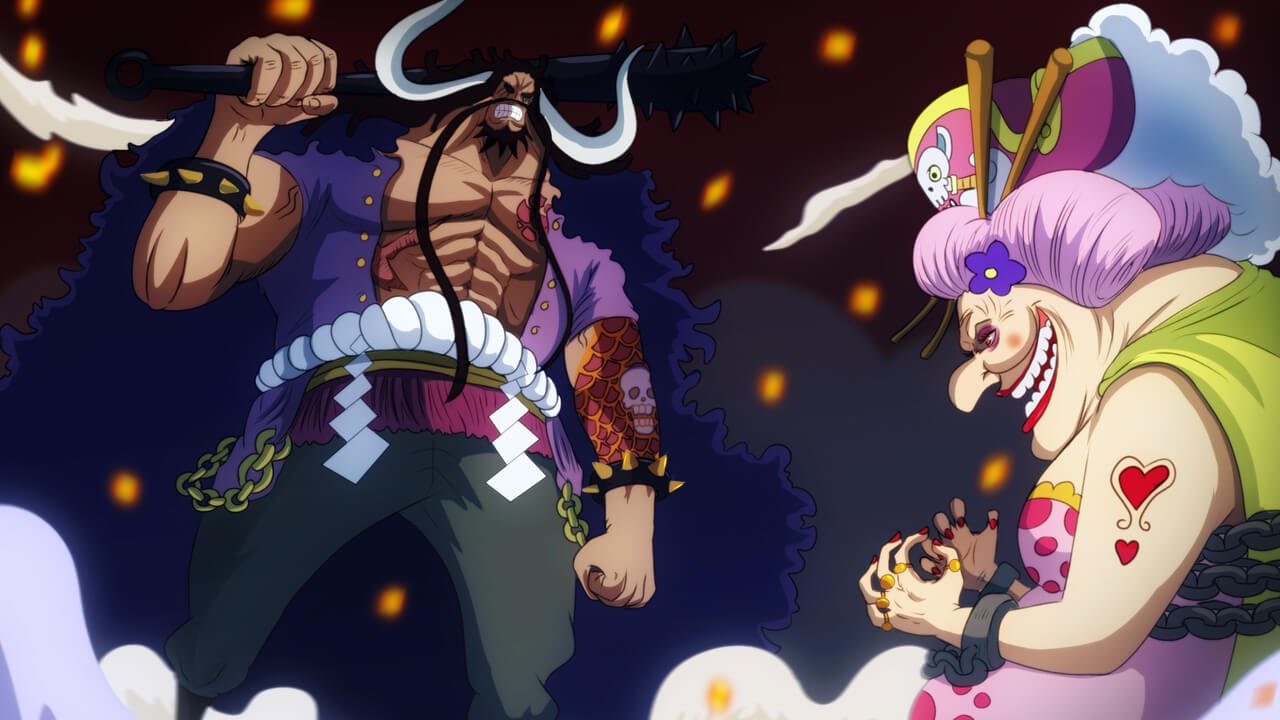 One Piece Manga Chapter 980: The Search For Kaido's Son

This means that we won’t be seeing a new chapter of One Piece until the 24th of May, with early scans usually being released in the 2-3 day period before that on Twitter and Reddit. However, despite the break, GamenGuides has released some predictions for the upcoming One Piece chapter 980.

At the end of chapter 979, we see the arrival of The Flying Six but Kaido and Big Mom’s son Yamato is nowhere to be seen. As a result, Kaido declares that anyone who finds his son will get the opportunity to fight against any of Kaido’s All-Stars and if they defeat them, they will replace them as an All-Star.

I wouldn’t be surprised if we finally see what Kaido and Big Mom’s son looks like, as well as more about him. Furthermore, this will likely show us just how powerful the All-Stars are compared to the fearsome Flying Six. It’s likely that whoever fights a member of the All-Stars, will get absolutely annihilated. However, it’s doubtful that all of this will be packed into the one chapter.

Meanwhile, Luffy is expected to make a play against the enemies belittling the citizen of Okobore town. Luffy arriving at that place suggests that Kid and his crew are also there and that the two may cause a commotion. As you can see, this is going to be a pretty exciting chapter of One Piece but sadly we are going to have to wait a couple of weeks for its release.