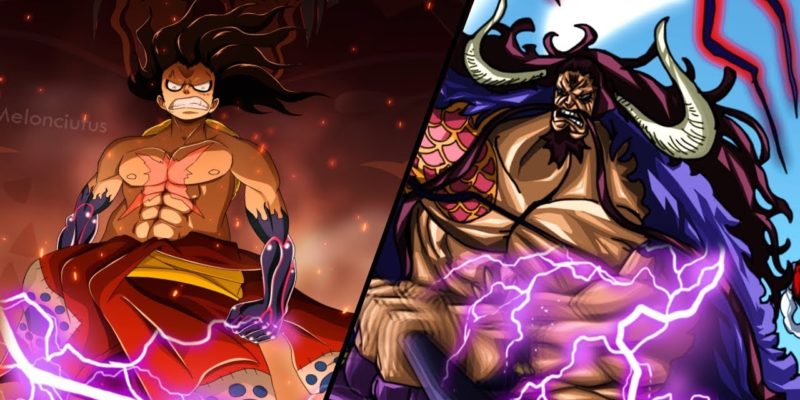 One Piece manga chapter 975 finished with Luffy, Kid and Law starting to make their moves against the Beast Pirates, with a full-scale war starting quite soon according to spoilers by Otaku Kart.

In One Piece manga chapter 976, we should start to see the beginning of this war but official spoilers have not been released yet, with only this prediction by Otaku Kart giving us a hint of what to expect in the upcoming chapter.

The reason spoilers have been delayed is because the entire chapters released has been delayed. One Piece manga chapter 976 will now be released on the 5th of April 2020, instead of the original release date the 29th of March 2020.

Eiichiro Oda has been quite concerned, as we all have been, about the current world situation and we should really expect more delays in the coming chapters as well.

As a result, spoilers have also been delayed with a likely official release of early scans being available on the 2nd of April 2020. Until then though, there’s not much information we have other than the chapters release have been delayed and the fact that war with the Beast Pirates and Luffy’s be found allies is near.

Get your hands on the latest Nami figurine here: https://amzn.to/2QpRoUB

What Is The World Government Hiding In One Piece? Exclusive Interview With Voice Actress: https://youtu.be/tZXgxxTjx6o