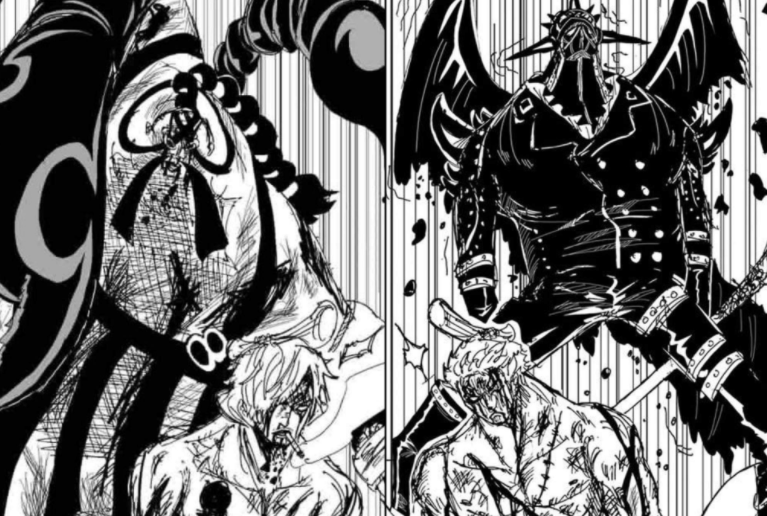 A battle between four powerful pirates is about to take place. According to the official spoilers for the upcoming One Piece manga chapter 1022, some of Kaido’s top performers in King and Queen will go up against Luffy’s Roronora Zoro and Black Leg Sanji.

The epic battle will finally commence, as Chopper finishes healing Zoro so that he can fight again. Meanwhile, Raizo will fight FukuroKuju and the announcement of Tobiroppo’s defeat will be revealed to everyone still fighting.

Killer and Hawkins’s battle will also be showcased in this upcoming chapter. Killer has linked his powers with Kid. This means that if Kid is harmed, Killer will die too and the same will happen to Kid if Killer is harmed.

Nekomamushi will attack Perospero as he attempts to join Queen and King’s advances on Sanji. While Marco helps in the fight against Queen and King as well. As you can see, there is a lot of epic battles taking place, with the One Piece chapter expected to be released on the 13th of August.