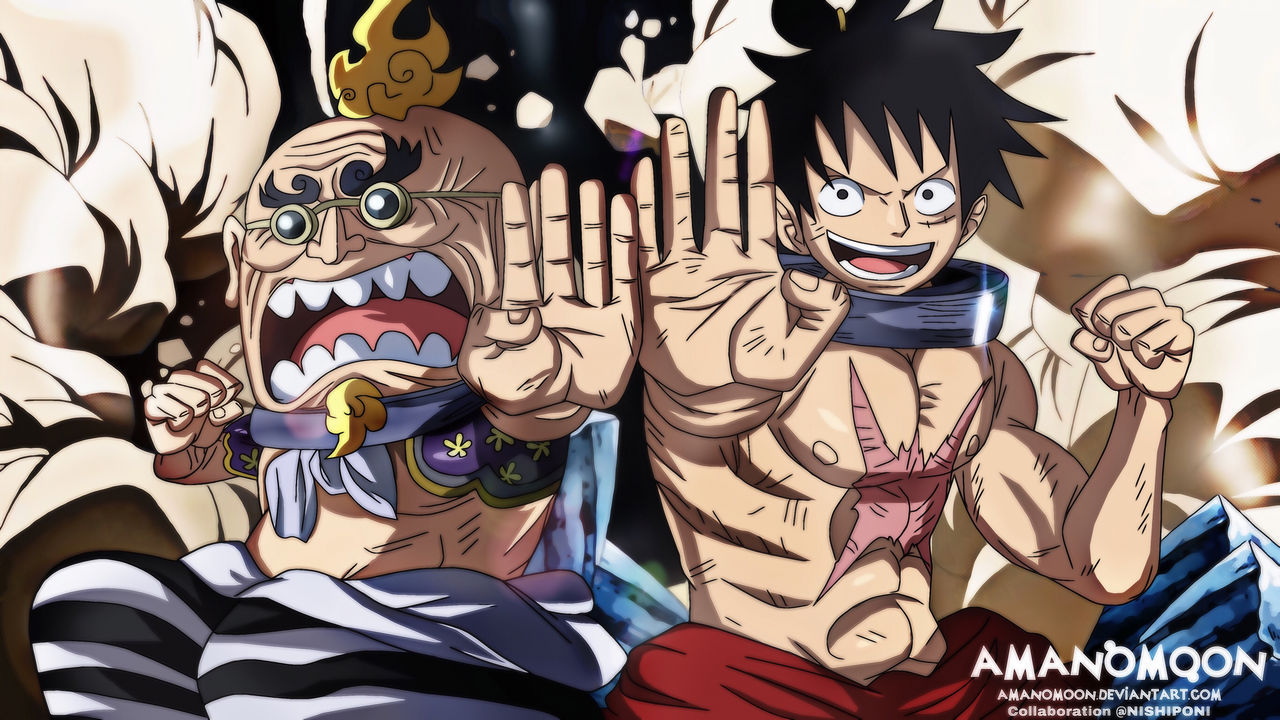 One Piece Manga Chapter 1006: Hyogoro Of The Flowers

The spoilers indicate that Baofang has found Momonosuke’s group and will engage them, which was briefly shown in the previous One Piece manga chapter as well. Meanwhile, Sanji will have to make a difficult decision, does he rush to help Momonosuke or does he aid Kinemon?

The two are in different locations and he doesn’t have enough time to save both. While Sanji contemplates who is in a more dire situation, Carrot will be taken down by Big Mom’s eldest son in Persopero.

Meanwhile, Hyogoro and X Drake protect Chopper, as he continues to prepare antidotes. During the fighting Hyogoro is infected and uses a technique related to swords and flowers to attack the enemy. Yes, we too are unsure what that means but the spoilers sadly don’t go too far in depth with that.

Sadly though, Hyogoro’s unable to withstand the effects of the virus and askes an ally to take his life. The battle between Marco, King and Queen rages on as well but sadly, there is no mention about Luffy’s group. That means that we will likely have to wait yet another week to see Kaido’s Hybrid transformation.

The good news is that there is no break next week, which means that hopefully next week, we will see a continuation of Luffy, Zoro, Law, Kid and Killer taking on Kaido and Big Mom.