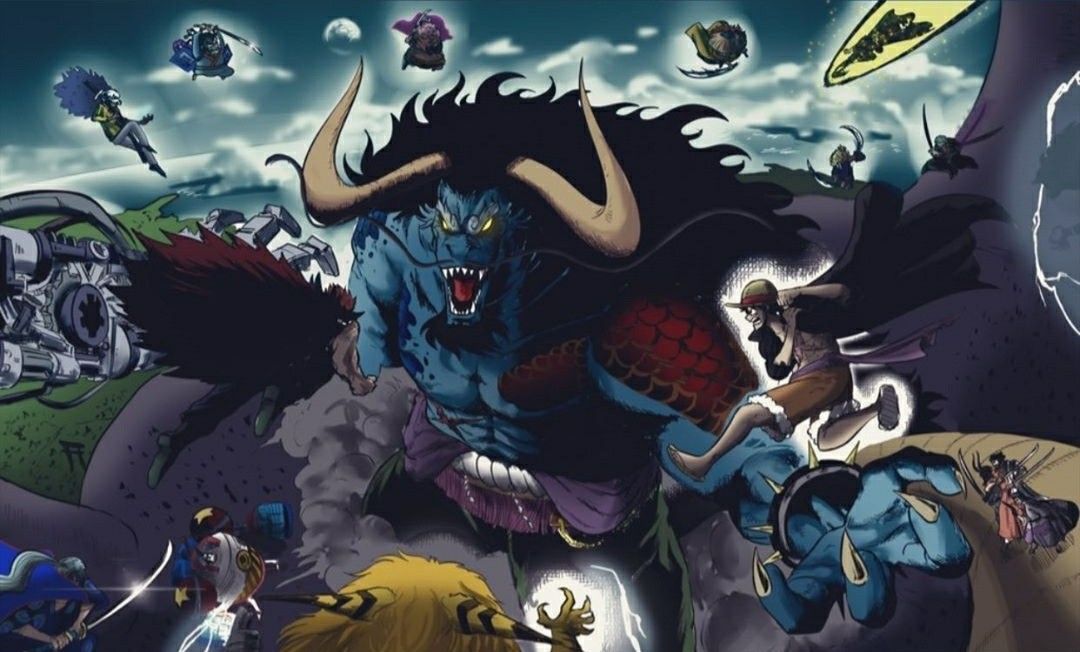 There’s no break this week! That’s perfect news for One Piece fans as the war in Wano is heating up and Kaido is about to unleash a new transformation. Meanwhile, CP-0 has just arrived in Wano as well, which has only raised further questions about how this arc will end.

Currently, several of the Worst Generation Pirates in Luffy, Kid, Law, Killer and Zoro are taking on two Emperor’s of the Sea in Big Mom and Kaido. The former Rock’s Pirate crewmates are no longer treating their enemies lightly and have realised that they actually pose a threat.

Zoro has been able to pierce Kaido’s skin and is the first one to do this since Oden over 20 years ago. Meanwhile, Killer and Law have figured out how to damage Kaido’s insides but from the outside and then you have Luffy, the man who has been beating Kaido around.

Right now though, Luffy is out of Haki and will need 10 minutes to re-charge. Big Mom is starting her assault and won’t be allowing Luffy to have time to recover. Then we have Kaido who too is taking this opportunity to go all out with a new transformation.

Due to there being no break this week, One Piece manga chapter 1004 will be released on the 13th of February and it’s going to be an exciting one. Make sure to keep and eye on this space as we will post the official leaked manga in the days leading up to the manga’s release.