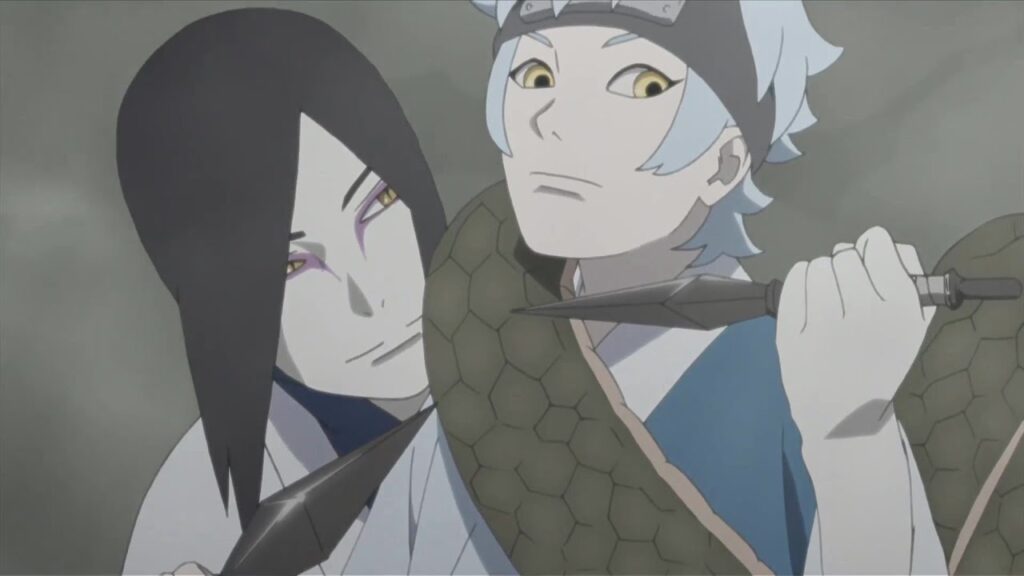 Many of these murdered people were just innocent children. However, after being defeated several times, Orochimaru was no longer the horrible man he once was by the time Naruto Shippuden ended. In fact, his son Mitsuki has been shown love and compassion for most of his life. More so that what Boruto or Sarada have from their fathers, for most of their lives.

Naruto’s job requires him to overwork and rarely spends time with his family. Naruto himself even stated that he was unsure how to even be a father, as he never had one growing up. Then, he’s also stated openly that he could kill Boruto, if Momoshiki was to break free and threaten the village.

Then there’s Sasuke who didn’t even properly spend time with his daughter until she was almost a teenager and almost stabbed her when he did see her after years away.

Yes, both have important jobs but strangely Orochimaru attending parent-student meetings, guidance throughout his life and genuine displays of affection towards Mitsuki, does make him a better father. However, we need to point out, that both Naruto and Sasuke are improving their father-like input into their kids lives but for now, Orochimaru wins.