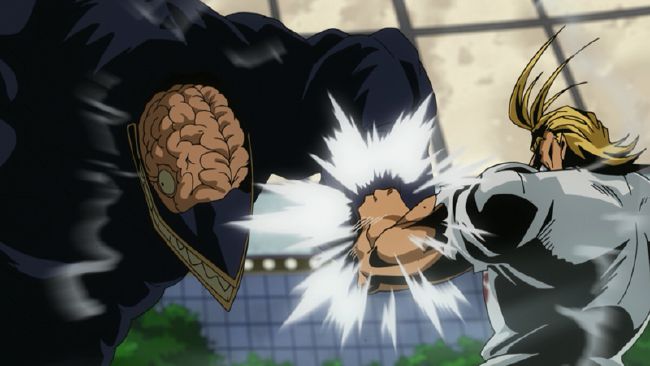 My Hero Academia: What If All Might Was Turned Into A Nomu?

For those watching the latest season of My Hero Academia, they have recently started to discover more about the Nomu’s. Originally, we assumed that these creatures were willing participants who wanted a power boost. However, we soon discovered that many Nomu are not always able to make the choice.

In fact, the people turned into Nomu don’t even have to be alive for the transformation to work. Therefore, it’s probably easier to kill someone and then turn them into a Nomu, rather than transporting a hostile unwilling participant.

Now, let’s talk about All Might, the former All For One user and Number 1 Hero. Currently, All Might is defenceless, with a body that’s too far damaged to partake on hero work. As a result, it’s possible for him to be an easy target.

Furthermore, if All Might was to be turned into a Nomu, it’s possible that his new body won’t be limited to the injuries that his current body is restricted by. If someone who had been crushed by a building and died, live, think and socialise as a Nomu, such as with Oboro Shirakumo. Then, why not All Might as well?

If this was to happen then it would be an incredibly exciting experience. Imagine All Might’s uncontrollable power against Deku? Now, that will really test the powers and mental state of the young hero.