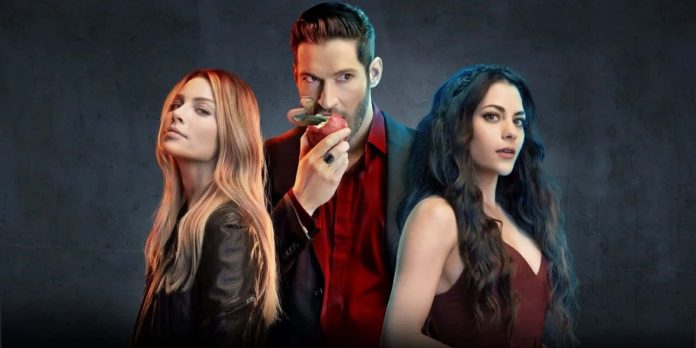 For many, it came as a surprise that Lucifer wasn’t amongst the April Netflix releases and that’s because the show was cancelled due to COVID-19. Just kidding. Season 5 of Lucifer will still be airing but it will be in the first week of May instead according to What’s on Netflix.

However, there has been a temporary postpone of the series release due to COVID-19, which indicates that this might be pushed back sadly but we probably won’t know for sure until Netflix’s May releases, which they will announce in April.

For Lucifer fans this has been a long wait, as the show was cancelled and then saved by Netflix after so much fan support. Now, it even seems as if there might be a season 6 in the pipeline too, with rumours of that surfacing online in recent weeks.

Just saying though, in an exclusive interview we had with D.B. Woodside, the actor of Amenadiel, he started speaking of his wishes for a 6th season and now, it looks like it may happen.

Furthermore, the actor went into what he thought will happen in the upcoming season 5, with the previous season ending on a massive cliffhanger. Just a recap, Lucifer is back in Hell and if Netflix didn’t dave the show, that’s where he would have stayed.

During the interview, Woodside went into what’s next for Lucifer and he hinted that the Devil will not be remaining in Hell for too long in the upcoming season 5.

If you would like to watch the full interview with Lucifer actor D.B Woodsie at Oz Comic-Con Melbourne last year you can in the link or video below:https://youtu.be/SwCINHqA-VA

You can get your hands on Lucifer season 3 at a discounted rate through the link here: https://amzn.to/38MnHDb