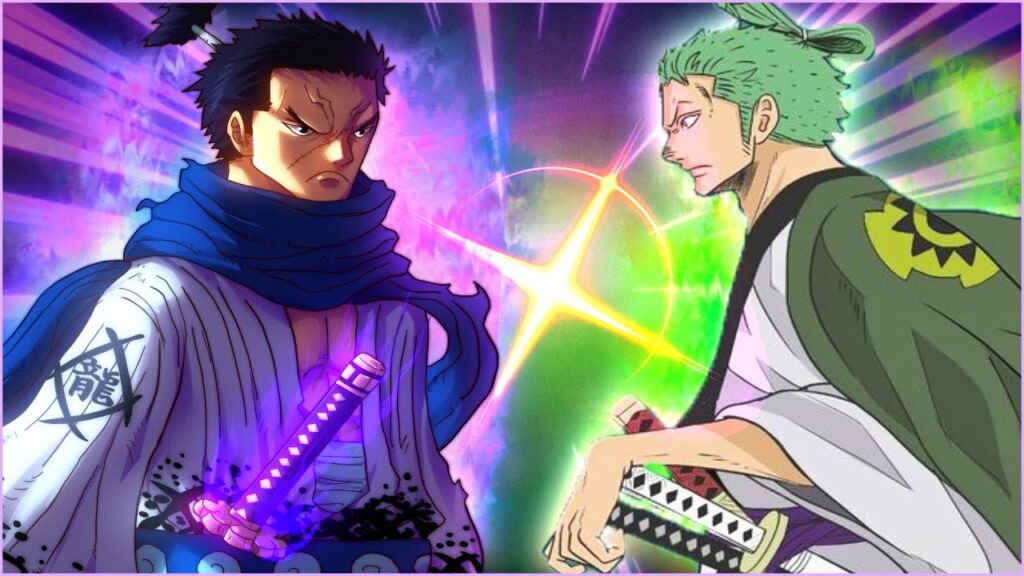 The latest One Piece manga chapter has directly hinted for the first time what many of us theorized. For years, it was rumored that Roronora Zoro was from Wano and possibly even related to Shimotsuki Rymua. However, little evidence had been provided as to whether or not this was even possible until recently.

The previous chapter showcased Hyogoro stating that Zoro looked very similar and moved the same in battle as the deceased Shimotsuki Ushimaru. For now, there is no official confirmation for their relation but the manga is clearly hinting about something. Below is some information about both Shimotsuki Ushimaru & Ryuma sourced from One Piece Wiki.

Shimotsuki Ushimaru was a member of the Shimotsuki Family, and the last daimyo of Ringo in Wano Country. He ruled until the takeover of Kurozumi Orochi as shogun 20 years ago. He is a direct descendant of the legendary samurai Shimotsuki Ryuma.

Ushimaru served as daimyo for an unknown period of time before 20 years ago, with the komakitsune Onimaru serving as his companion. Twenty years ago, Kurozumi Orochi assumed the title of shogun, and after executing the daimyo of Kuri Kozuki Oden, he gave the remaining four daimyo the chance to submit to him. The daimyo all refused and staged a rebellion against him. The rebellion was quashed by Kaidou, resulting in Ushimaru losing his life.

Shimotsuki Ryuma was a legendary, world-famous samurai hailing from the Shimotsuki Family of Wano Country, who lived during Wano’s “Country of Gold” era centuries ago. He was revered for his mastery of swordsmanship that earned him the title Sword God, as well as his feat of slaying a dragon. He is also the direct ancestor of Shimotsuki Ushimaru.

Two decades before the beginning of the story, Ryuma’s consecrated grave in Ringo was ransacked and his corpse and sword stolen by Gecko Moria. Eventually, his corpse was reanimated by Brook’s shadow and turned into a General Zombie to serve Moria on Thriller Bark, leading to the possessed Ryuma becoming an antagonist of the Thriller Bark Arc, until his defeat at Roronoa Zoro’s hands.