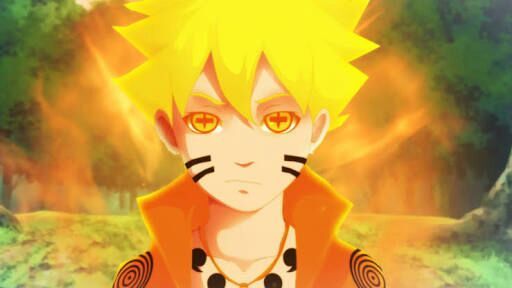 Baryon Mode the latest transformation for Naruto Uzumaki, the Seventh Hokage. The transformation allowed Naruto to briefly over power Isshiki but with terrible consequences. Now, we speculate but are fairly confident that Naruto shouldn’t be the only one that can use the technique.

First of all, there was nothing stated that a Jinchuriki is the only one that can use Baryon Mode. In fact, the transformation requires two being to fuse their chakra into an explosive nuclear-like weapon. Obviously, someone like Naruto fusing his chakra with a Tailed Beast like Kurama makes for a more formidable opponent than what two regular ninjas would.

Thus, taking the risk of a quick death might not be worth the slight boost in power. However, for someone in Boruto’s position, who is in a similar situation to a Jinchuriki, Baryon Mode is a useful weapon to have in his arsenal.

Boruto isn’t technically a Jinchuriki but like a Jinchuriki, he has another being sharing his body and is trying to break free. Momoshiki is just as powerful as a Tailed Beast and is slowly taking over Boruto’s body but while the two are infused, they could in theory, use Baryon Mode if the need ever arises.

Remember, if Boruto dies, Momoshiki dies as well and it’s permanent. As a result, if Boruto was to enter a situation where his life is threatened, it’s in the best interest of Momoshiki to interfere. As far as we know, Baryon Mode requires both parties to be willing participants for it to take full affect.

This means that as long as Momoshiki is a willing participant, Boruto can use Baryon Mode. Furthermore, Killer Bee, the only other known ninja to have a Tailed Beast sealed within him in Boruto, is another that could technically access the transformation.