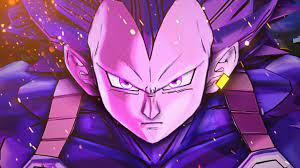 The Dragon Ball Super manga has just revealed a new transformation for our favourite Saiyan prince in Vegeta. The new form is a result to the hard work that Vegeta has put in with Beerus, Universe 7’s God of Destruction. Not much is known about the transformation yet but from what we do know, it has enabled Vegeta to surpass Goku, it has purple God of Destruction aura and it causes the users eyebrows to disappear.

The full force of the transformation will be revealed when Dragon Ball Super manga chapter 74 is released but when will this form be playable on either Dragon Ball Xenoverse 2 or Dragon Ball FighterZ? The 2016 and 2018 games have continued to pump out new DLC’s, with the latest 2020 Dragon Ball Z: Kakarot unlikely to produce anymore.

For Bandai Namco to release Vegeta’s new transformation to either of these games, they will have to be willing to release the form while it’s still manga-only content. This is something that Bandai have done in the past with Naruto games, with Naruto to Boruto: Shinobi Striker showcasing pre-anime content only a few months ago in a DLC.

However, unlike Naruto games, Bandai has never released content to a Dragon Ball game that has only appeared in the manga. Therefore, it’s unlikely that we will get to see Vegeta’s new transformation in a Dragon Ball game until the Dragon Ball Super anime returns and animates it.