Dragon Ball: The Breakers, the latest Dragon Ball game, was released in October 2022 and already, fans are asking if there will be any DLC content. Thus far, no DLC’s have been announced at the time of writing this but we can speculate as to what a DLC may include.

Dragon Ball has provided us with a plethora of evil characters to choose from. The main villains in Frieza, Cell and Majin Buu are already available as Raider’s but there are so many more that can be included. A triple threat could be interesting. Adding Nappa, Vegeta and Radiz as Raider’s at the same time as a Saiyan Earth invasion. A Dragon Ball Super DLC with Beerus or Goku Black attacking Earth could be another simple addition. Dragon Ball GT’s Baby or Omega Shenron could also be fun. However, I think there are a few movie characters most would rather see. The Cooler version of Frieza, Cooler, could be a great addition. As would either or even both of the Broly’s.

Just like with villains, there are a number of options here. Dragon Ball Super: Super Heroes’s new Gohan Beast and Piccolo’s awakened transformations could be quite exciting. However, there are others that could be more entertaining. For example, imagine there is a chance that your hero-in-waiting against Cell is Mr Satan. I can see the frustration already, hearing his laugh in the distance, knowing that you’ve worked so hard and it was all for nothing. 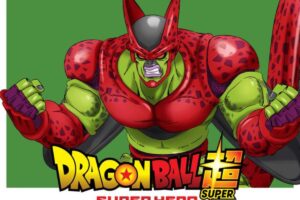