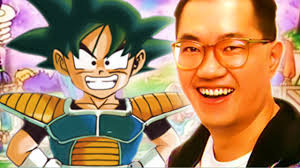 The Dragon Ball series has mostly been brought to us by the legendary Akira Toriyama but there have been others who have also contributed to the universe. One of those contributors is Toyotaro, the man behind the success of the Dragon Ball Super manga.

However, no matter how successful anyone else is in the Dragon Ball series, they all keep coming back to the original creator in Toriyama for help. Dragon Ball GT’s producer in Kozo Morishita needed Toriyama and now, it seems as if Toyotaro is no exception as well.

Twitter User Todd Blankenship shared some corrections that Toriyama made for how Goku was portrayed with his eyes closed, noting that the creator of the Shonen series hadn’t taken the opportunity to draw this scene too often.

Obviously, this is a rarity but it’s proof that no matter where the Dragon Ball series goes, Akira Toriyama is still vital to its success. The Dragon Ball Super manga series is a monthly Shonen installment, with rthe next chapter set to arrive this week!