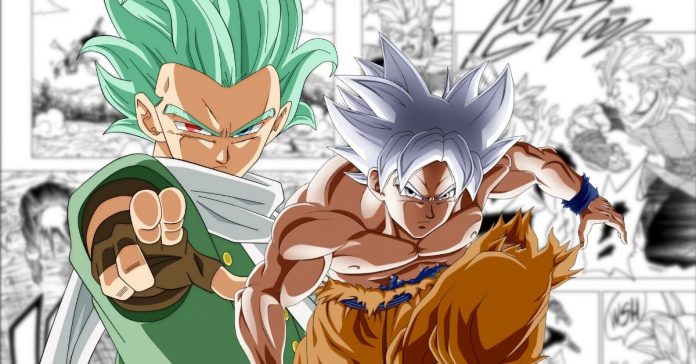 Spoilers and leaked manga for the upcoming Dragon Ball Super manga chapter 76 have been revealed! With this date being a normal release of such things, being only 5 days away from the chapters official release. Thus far though, we only have draft manga slides but a translation clearly shows us what’s going to take place.

According to the spoilers, the upcoming chapter will showcase Goku saving Vegeta, The latter Saiyan had been loosing power in the previous chapter due to him not fully mastering the power that he had awakened through training with Beerus. Furthermore, Granola has found a new level of strength at the same time and as a result, Granola is now in an advantageous position.

This is where Goku steps in in order to make sure that Granola doesn’t succeed in his revenge plan. The two Saiyan’s will likely escape while they have the chance and we will also likely get to see the Heeter’s wish. We still don’t know what the Heeter’s are going to wish for but we can assume that it won’t be for the greater good.

Dragon Ball Super manga chapter 76 is set to be officially released on the 19th or 20th of September, depending on where you love around the world.