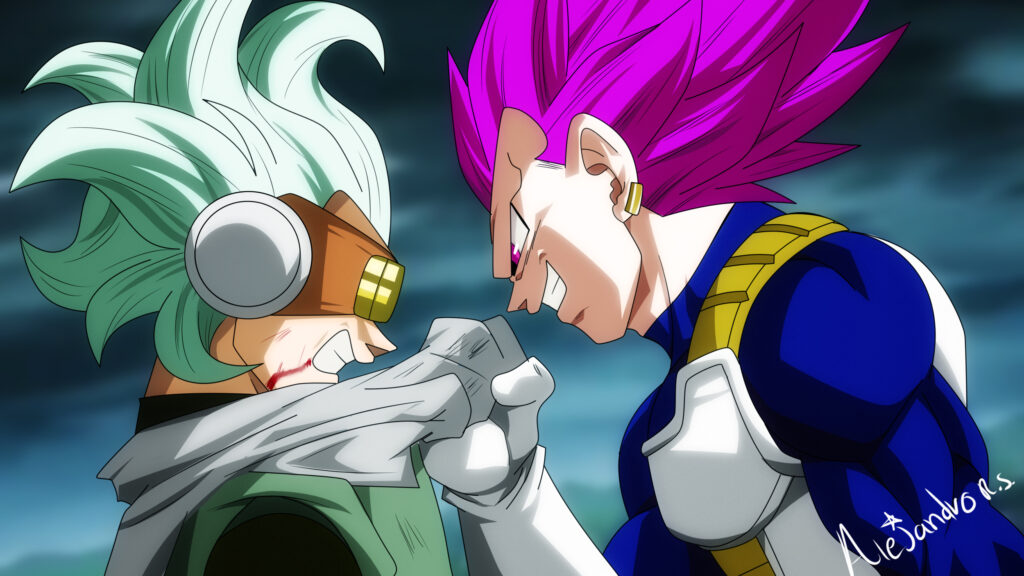 According to the spoilers and the leaked manga chapter, this chapter is going to be Vegeta’s moment. It seems as if we are going to see the full power of Vegeta’s new god transformation, as well as possibly an explanation of its power. However, the slides are un-translated still so, we don’t know what he’s saying just yet but we can only imagine it’s a smug remark to Granola.

Speaking of Granola, it appears as if he is completely overpowered, which means that Vegeta has surpassed Goku, as Goku couldn’t even scratch Granola while using Ultra Instinct. Granola does throw in some nice hits but it looks like Vegeta is having most of the fun here.

As you can see, it’s going to be a pretty exciting chapter for Vegeta fans and you can read Dragon Ball Super manga chapter 75, when it’s officially released on the 19th of August.