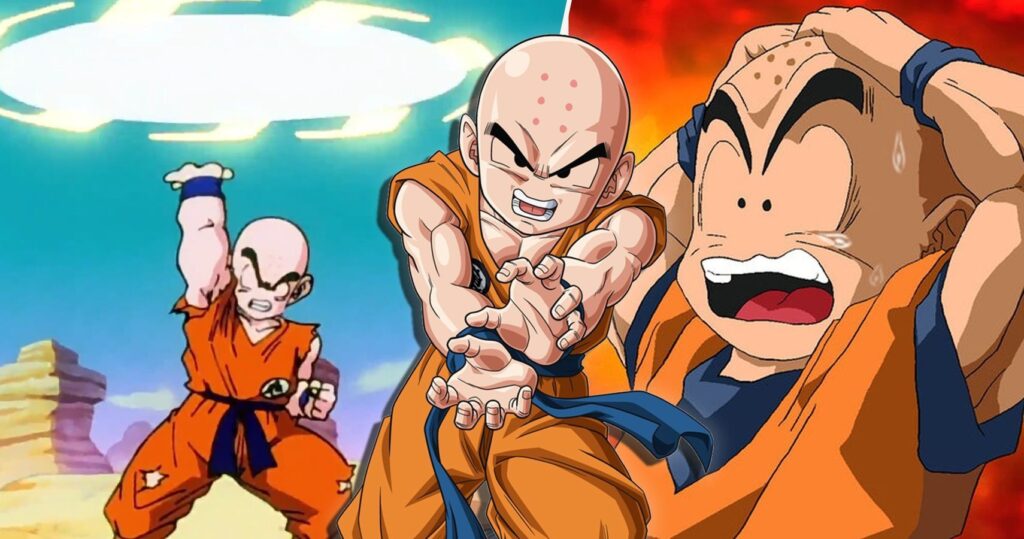 It looks like Dragon Ball Heroes is finally giving Krillin the respect that he deserves, With Twitter User DBS Chronicles sharing this preview from the next chapter of Dragon Ball Heroes‘ manga. The preview shows how much Goku trusts Krillin, as Hearts notes that the Saiyan warrior stated that “everything would be all right,” if the pint-sized Z Fighter was around.

Krillin has come a long way in the series and in reality, Krillin possesses one of the strongest attack combinations that we have seen. The Solar Flare and Destructo Disk applied together would defeat most opponents. Though, sadly, we have barley seen him use these at the same time.

Krillin first appeared in the original series of Dragon Ball as a student of Master Roshi, training alongside Goku to become a better fighter. Super Dragon Ball Heroes is  a spin-off series. With the next episode of the anime set to see Goku in his Ultra Instinct form and Vegeta in his “Evil Saiyan” transformation battling against Goku Black.