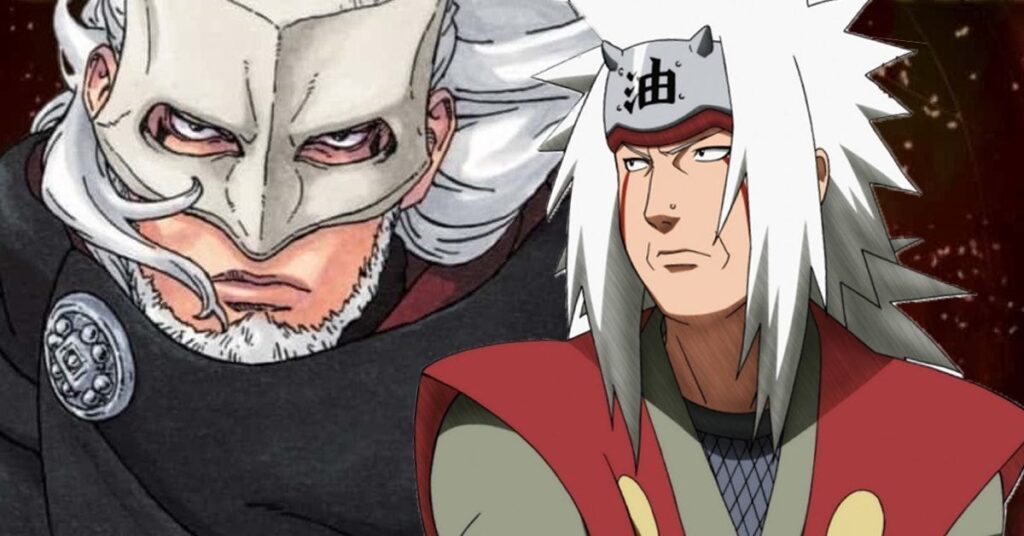 Boruto Naruto Next Generations episode 2011 has provided us with evidence that finally answers the question; – does Kashin Koji have Jiraiya’s memories?

For those who are not updated with the events of the Boruto manga and do not want to be spoiled, then look away now. It has been some time since we discovered in the Boruto manga that Kara agent, Kashin Koji, is the creation of Amado. The former Kara scientist created a biological clone of the powerful and deceased Jiraiya.

The clone of the former teacher of Naruto has shown us that not only has he mastered all of Jiraiya’s tactical awareness, his jutsu’s and fighting style, but there is no evidence that he is aware of Jiraiya’s memories as well.

It seemed odd that Koji was able to not only mimic Jiraiya exactly but then improve on his abilities too. Remember, biologically, they might be the same but with different experiences growing up and development, they shouldn’t be the same person and possess the exact same abilities.

The fact that Koji knows so much of Jiraiya made us wonder but now, the anime has confirmed that it’s because he remembers everything that Jiraiya experienced. In the latest episode, Koji stated that he was feeling “sentimental,” while in Konoha but how can someone feel sentimental about a place if they haven’t experienced that place before?

Simply, you shouldn’t be able to. There is no way that this sentence makes sense if Koji didn’t at least feel as if he has been in Konoha before and has an attachment towards it. Yes, in theory, memories shouldn’t be transferred to a clone but we don’t know if that’s the case in the Boruto universe, as we don’t really understand Amado’s cloning yet. I guess, we will find out more soon but for now, it appears that Jiraiya’s memories live within Koji.