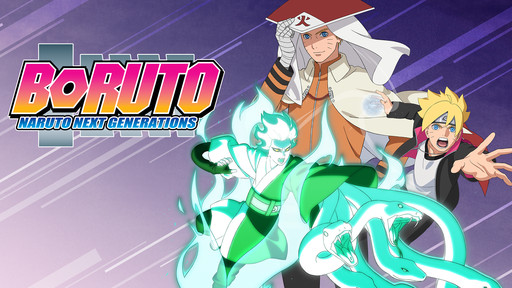 The Boruto anime and manga series is a spin-off continuation of the incredible Naruto Shippuden series. In fact, the events of Boruto start off 15 years after the end of the Fourth Great Shinobi War. At this time, Naruto has achieved his dream of being Hokage, he has a family, all of his remaining friends are Jounin-level Ninja and the Ninja World as we know it is seeing a peaceful time like never seen before. However, there is still evil lurking in the shadows and it’s up to the next generation to keep this new world safe. This is just as a brief reminder for you all before we give you a run-down of the DVD’s events, which we will be discussing today.

What happened in the lead-up to episodes 80-92?

An unusual attack took place outside of the Hidden Leaf village, with Boruto Uzumaki and Sarada Uchiha’s teammate in Mitsuki disappearing. At first, Boruto believed that the son of Orochimaru had been taken but after some brief investigation, it appeared as if Mitsuki had left Konoha by his choosing. Boruto and Sarada wanting to save their friend though, embark on a mission to return Mitsuki to the village and seek the help of Team 10. This group is also known as Team Moegi and is comprised of the 17th and most recent generation of the Ino–Shika–Chō trio: Inojin Yamanaka, Shikadai Nara and Chōchō Akimichi. Yes, this all does sound quite similar to the events of Naruto, when Sasuke Uchiha disappeared from the village.

As we move closer to episodes 80-92, the group Boruto has gathered, reach Mitsuki and the Konoha attackers. However, Mitsuki appears to not be happy to see them and attacks his former friends. It very much appears as if Mitsuki has abandoned the Hidden Leaf. Furthermore, the new companions that Mitsuki is heading to the village hidden in the stones or otherwise know as Iwagakure, are quite formidable as well. The final episode of Boruto Naruto Next Generations part 6, left us here, with an epic clash between two friends, the battle between Boruto and Mitsuki. Now, you can see why Boruto Naruto Next Generations part 7, was so difficult to wait for.

The Events Of Boruto Naruto Next Generations: Part 7 – Episodes 80 to 92

The episodes start off with the battle ending and Boruto injured, unable to continue. Everyone thinks about returning to the Hidden Leaf. However, being so close to the Land of Earth, Boruto and his friends decide to go the Hidden Stone Village to see the former Tsuchikage, Ohnoki for help. The team secretly enters the village determined to find Ohnoki, but they are unaware that they are being watched, as well as the fact that they are unaware who they think is a friend, might actually be a foe. The team finds Ohnoki, but he flatly refuses to help. On top of this, they are attacked and separated.

Boruto and Ohnoki head to the rendezvous point after separating from the others, although they stumble into the Hidden Stone Shinobi Training Grounds, which are protected by a barrier. This is where Ohnoki tells Boruto that the only way out of the Training Grounds is to find his heart of stone, something that isn’t easy to discover and can only be found when a person comes to terms with their will. Boruto desperately searches for his heart of stone, but he has little success. Then he encounters Sekki, one of the Genbu Three that participated in the recent Chunin Exams. Sekki has also come to the training ground in order to find his heart of stone.

Meanwhile, the Fourth Tsuchikage Kurotsuchi, who had been visiting her grandfather Ohnoki, is attacked by mysterious assailants. Elsewhere, instead of returning home with Boruto, Mitsuki stays with Kokuyou. During this time, Sekiei becomes sick and declines. Kokuyou returns to his comrades and during his absence, Sekiei asks Mitsuki to teach him what it means to be human. As it turns out, Mitsuki has a great deal in common with his new comrades. They, just like him, are synthetic humans but unlike him, are not perfect and have a shorter life expectancy.

Mitsuki continues his way to the Hidden Stone and is being shown around Kokuyou’s hideout. Here, Mitsuki learns more about these other synthetic humans, as well as their goals. Their purpose is to help the village and to prevent any further death of humans. They were created by Onoki and are lead by Onoki’s clone named Ku, another synthetic human. Onoki’s goal was to create synthetic humans that could sacrifice themselves for the sake of the village instead of putting any more youths in danger. This goal was brought to fruition after the loss of Onoki’s youngest grandson.

Initially, this plan was to help the village but these synthetic humans unexpectedly were more than just mindless protectors. They had thoughts, dreams, ambitions and personalities of their own. They didn’t want to be sacrificial pawns and they wanted to live! Yes, they also wanted to help the others but were more than happy to still kill the same villagers they were created to protect in order to survive. As a result, these “Fabrications,” as Onoki describes them, take over the village and embark on their hidden agenda of extending their lives, which requires the sacrifice of humans.

Kakou appears to take the former Tsuchikage, but Boruto confronts him and they fight. Meanwhile, Shikadai manages to slip through the Akuta guards and heads for the Hidden Leaf to report on the situation in the Hidden Stone. Sarada and Cho-Cho join Boruto’s fight but despite their efforts, the Fabrications overpowers them. Although, before Kakou finishes them, he suddenly dies, his body breaking down after overuse. This is the fate that Ku and the others are trying to avoid.

After Onoki discovers Ku, as well as the other Fabrications intentions, he realises that his plans have failed. While Boruto and Sarada finally find Mitsuki, who reveals that he is not truly on the side of the other Fabrications. Mitsuki, yes, did travel to the Hidden Stone with them but it was to reduce further potential casualties, infiltrate their layer, find out their intentions, as well as a little curiosity about other synthetic humans.

The end of the arc is the greatest part. Mitsuki has grown so much throughout this arc as a ninja and as a person. His battle against Ku shows us his incredible potential and his care for Sekiei proper to his death, the Fabrication who he had befriended, was touching. Eventually, though, Ku over-powers everyone and for a short moment looks as if he might prevail. However, Ku wasn’t expecting Onoki to confront him with such conviction. It turns out that Onoki, though extremely old and deteriorating, isn’t as helpless as we thought. In one last effort, the legendary Kakge manages to defeat his creation but sadly, perishes in the process. This was a fine finish for such an incredible Ninja.