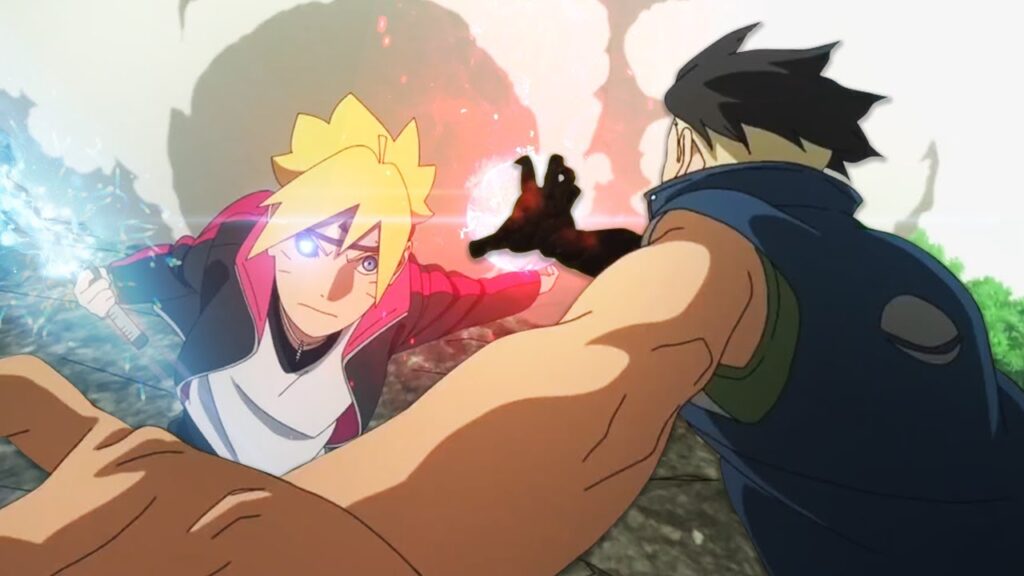 The latest Boruto Naruto Next Generations manga chapter may have contained little action but it did give us a bit of useful information. It turns out that both Boruto and Kawaki have more hidden Otsutsuki abilities, which they have only just become aware of.

Otsutsuki can apparently, mask their Chakra signatures, which will enable them to slip through sensory barriers like the one protecting Konoha.  This may sound like a relatively small ability but being able to remain undetected against an enemy can be incredibly useful.

This far, it appears that only Kawaki has figured out a way to use the ability but Boruto is also witnessing its use. Therefore, we can expect Boruto to be able to try out this new ability soon too.

Boruto might actually even be forced into using it, as he may need to slip away undetected to protect Kawaki, as Code is hot on his tail and preparing to strike. Boruto manga chapter 62 is expected to be released on the 19th or 20th of September.