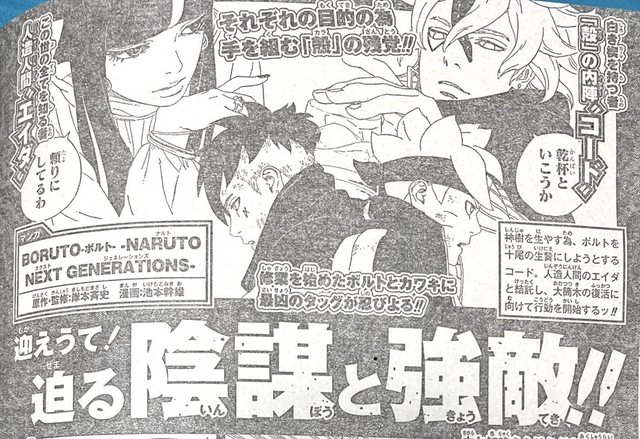 A leak has surfaced for the upcoming Boruto Naruto Next Generations manga chapter and it is spreading like Greek Fire. According to the leak, Boruto manga chapter 58 is about to get a lot darker.

The previous manga chapter showcased the Seventh Hokage in Naruto Uzumaki, discussing his plans in relation to Boruto’s condition. It was then that Naruto stated that if Boruto was to lose control and let Momoshiki take over, Naruto can do what needs to be done to save the village.

That means that if necessary, Naruto will be able to kill Boruro but according to the spoilers for Boruto chapter 58, his words weren’t enough to convince the other Kage. As a result, they plan to take action themselves and the most concerning part is, they will not be reacting and instead, they will be taking preventative measures.