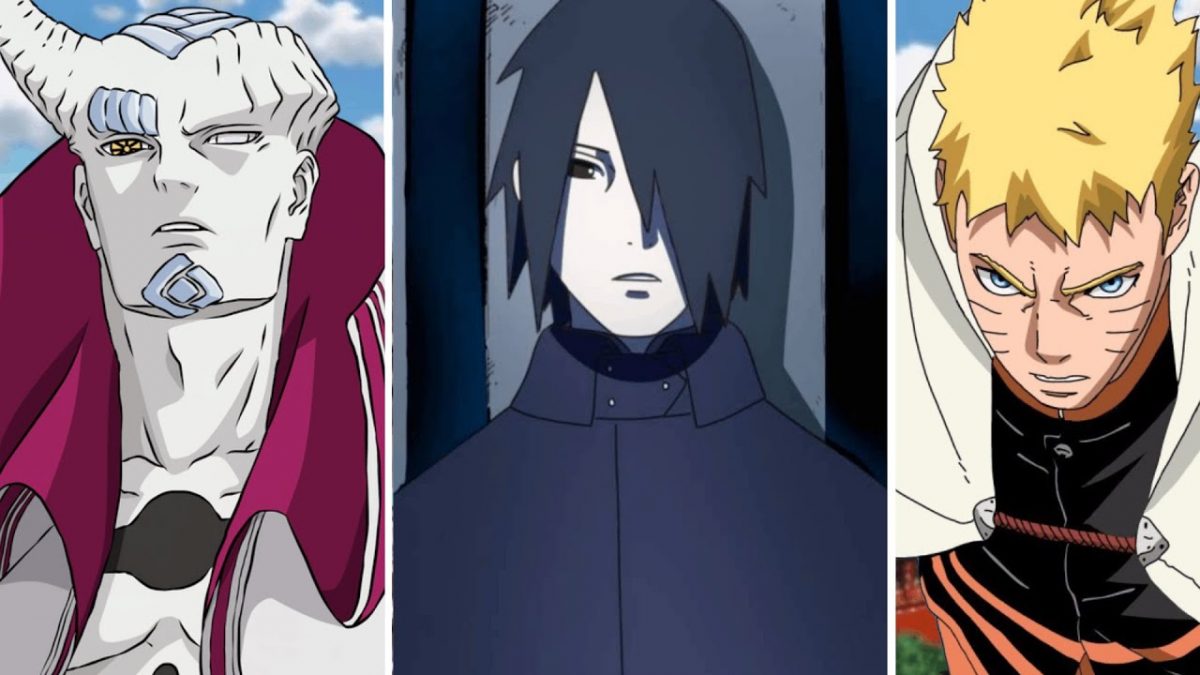 In the previous manga chapter, we watched as Boruto theorised and tested the idea that Isshiki couldn’t harm him. Amado and Shikamaru later also confirmed that this theory was not just a theory, but fact. However, the only issue we now have is wondering why?

Therefore, in Boruto manga chapter 51, we will likely find out why. In my opinion, it will have something to do with the Karma seal that Boruto has. It could be possible that if an Otsutsuki clan member kills someone with a Karma seal, that Karma seal might be transferred to the killer. Therefore, as this is Isshiki’s true form, if he was to have the seal transferred to him, it will consume him slowly as what it’s doing to Boruto now.

Even is Isshiki was to get to Kawaki and use him as a vessel, it’s possible that this won’t stop Momoshiki from taking over and as a result, Isshiki can’t afford to kill Boruto. This, for now, is still only speculation and there are other ways that Boruto can be removed from the equation. These include sealing or space-time Ninjutsu’s that can transport Boruto somewhere out of harm.

Meanwhile, the battle between Naruto Uzumaki, the Seveth Hokage, Sasuke Uchiha and Isshiki will rage on. We still haven’t seen Naruto access all the power that he has at the end of the 4th Great Shinobi War, which means that Isshiki will be surprised when Naruto unleashes everything he has. In addition, Sasuke also hasn’t gone all out just yet either and the next chapter of Boruto should showcase their best.

Boruto Naruto Next Generatons will be released on the 20th of October, with spoilers and leaked manga pages being available a couple of days before that. So, make sure to subscribe to our YouTube channel through the button below in order to not miss out on future updates.