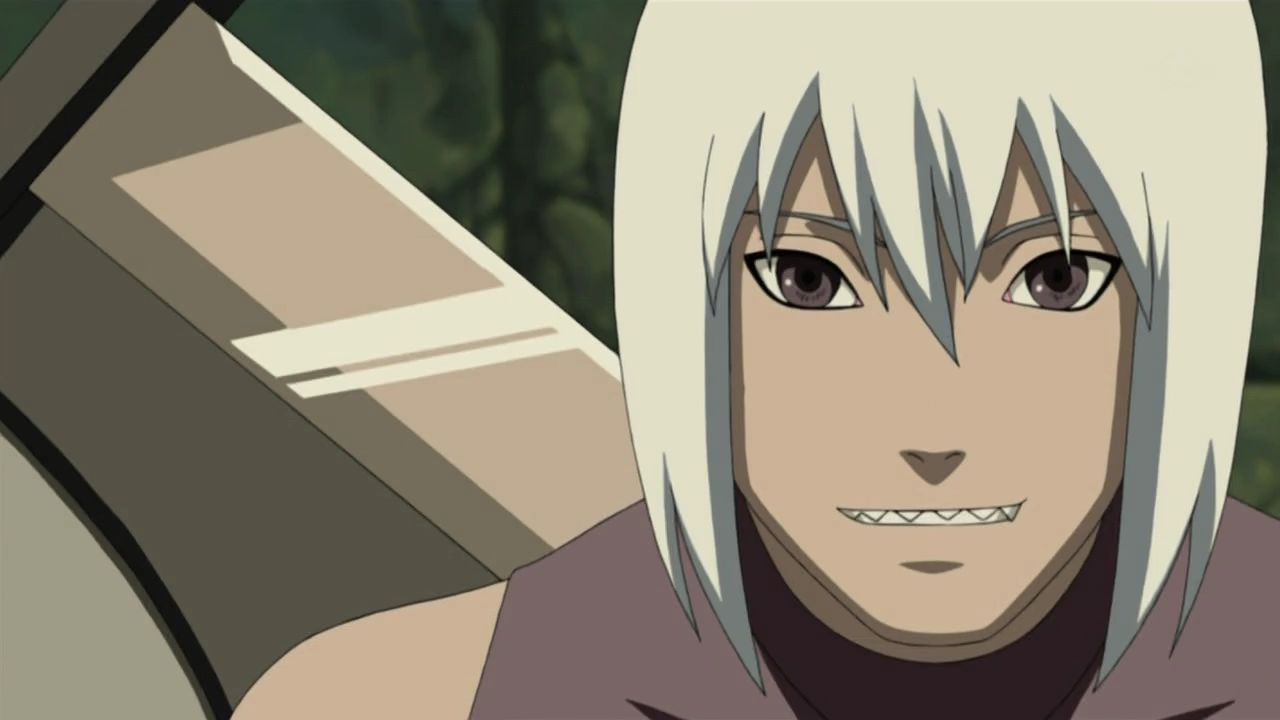 Suigetsu Hozuki is a former Hidden Mist ninja, who was kidnapped by Orochimaru. His unique Jutsu and skills were highly regarded among the village and Orochimaru wanted them for his own selfish desires. When Orochimaru was killed by Sasuke Uchiha, the rouge Konoha Ninja recruited Suigetsu, as well as fellow experiment Jugo and former prison guard Karen to make a powerful rogue ninja team.

After numerous crimes and attacks on powerful ninja’s, the team would revive Orochimaru, who would then help the efforts of the Shinobi Alliance in the Fourth Great Ninja War. We don’t see much from Suigetsu after this point but we do know what his intentions and ambitions were.

Suigetsu wanted to return to the Hidden Mist Village and resume his training to be part of the Seven Ninja Swordsmen. His brother was arguably the most skilled man to ever wield the legendary blades and before Orochimaru captured him, Suigetsu was on track to follow in his older brothers footsteps.

At the end of Naruto Shippuden, Suigetsu states that he wants to be the official owner of the Executioner’s Blade, the blade was eventually passed onto Zabuza. Furthermore, he wanted to get as far away from Orochimaru as possible, as he was a man who treated him like more of an animal than human.

However, in Boruto Naruto Next Generations, the series has made Suigetsu the exact opposite to what he wanted to be. Suigetsu has not returned to the Hidden Mist’s Seven Ninja Swordsmen and is not the wielder of the Executioner’s Blade. In fact, Suigetsu has returned to being one of Orochimaru’s henchmen.

This would be fine if there was an explanation for these decisions but there hasn’t been one provided to us. As a result, Suigetsu’s life has moved in the opposite direction to what Masashi Kishimoto designed. I know that Suigetsu isn’t the most important character in the series but imagine how much better the Hidden Mist Boruto arc would have been had he been the leader of the next generation. It would have been nice to see Suigetsu achieve what he wanted in life.