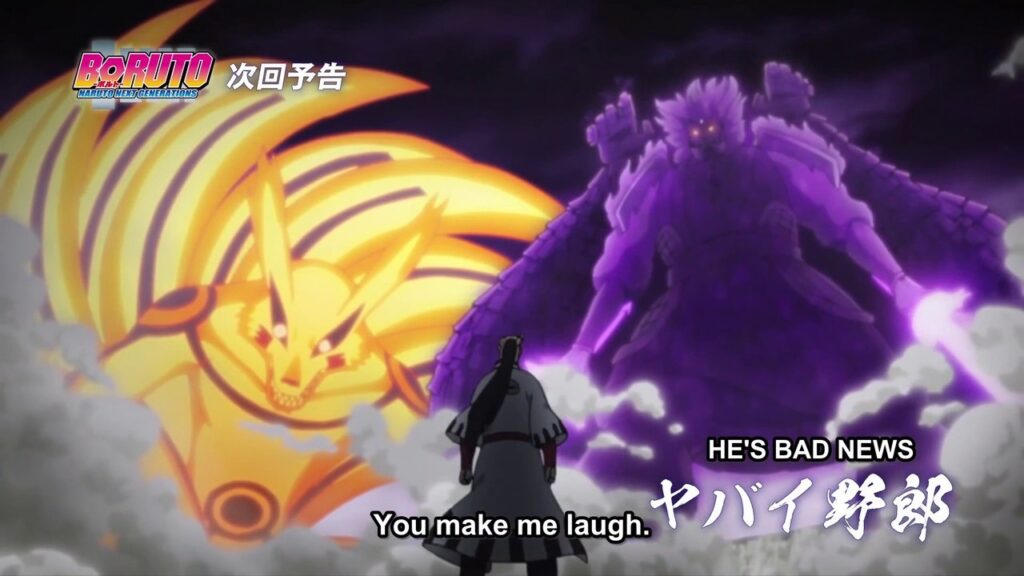 There’s a massive episode coming up with Boruto Naruto Next Generations episode 204. We are about to see Sasuke Uchiha and the Seventh Hokage in Naruto Uzumaki, go all out against a powerful enemy for the first time since Momoshiki’s attack on Konoha during the Chunin Exams.

This time though, their enemy is Kara leader Jigen, a much more dangerous opponent. Meanwhile, Sarada Uchiha is visiting Kawaki, the boy that Jigen wants to use as his vessel. Get ready for e big episode with an intense battle, with it officially being released on the 20th of June.

In the meantime, you can watch the full preview for Boruto episode 204 in the video below.