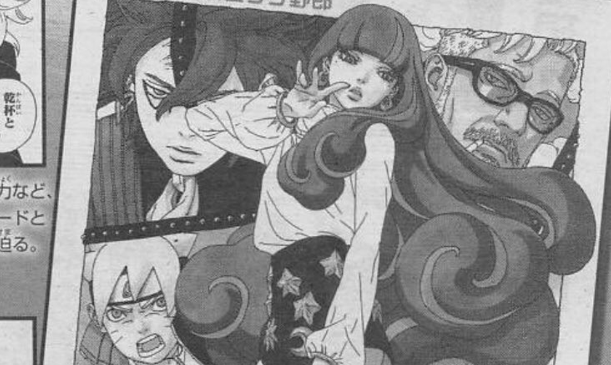 Leaked manga and spoilers for the upcoming Boruto Naruto Next Generations manga chapter 61 have been released! And they showcase a glimpse of Amado’s new cyborg that he is making to protect Konoha. Previously, Amado had made several powerful cyborgs, upgraded humans and clones for Kara but now it seems as if Konoha is getting their own to help fight against Code. There are many theories as to who this new cyborg is.

Is it a clone of a dead character like Itachi, Minato or Hashirama? The first Hokage was our guess, as his DNA has been incredibly important throughout Boruto. Furthermore, we know that Kara sought it and there is plenty of Hashirama’s cells still floating around since the end of the previous war.

However, it seems as if this theory is nothing more than a false prediction, as the cyborg’s face has been leaked. In fact, based on the snippet derived from reliable online sources (Boruto‘s sub-Reddit), the new cyborg looks a lot like Sakura. Many fans even believe that it might even be a cyborg created from the dead body Amado’s dead daughter. I guess we will soon find out.