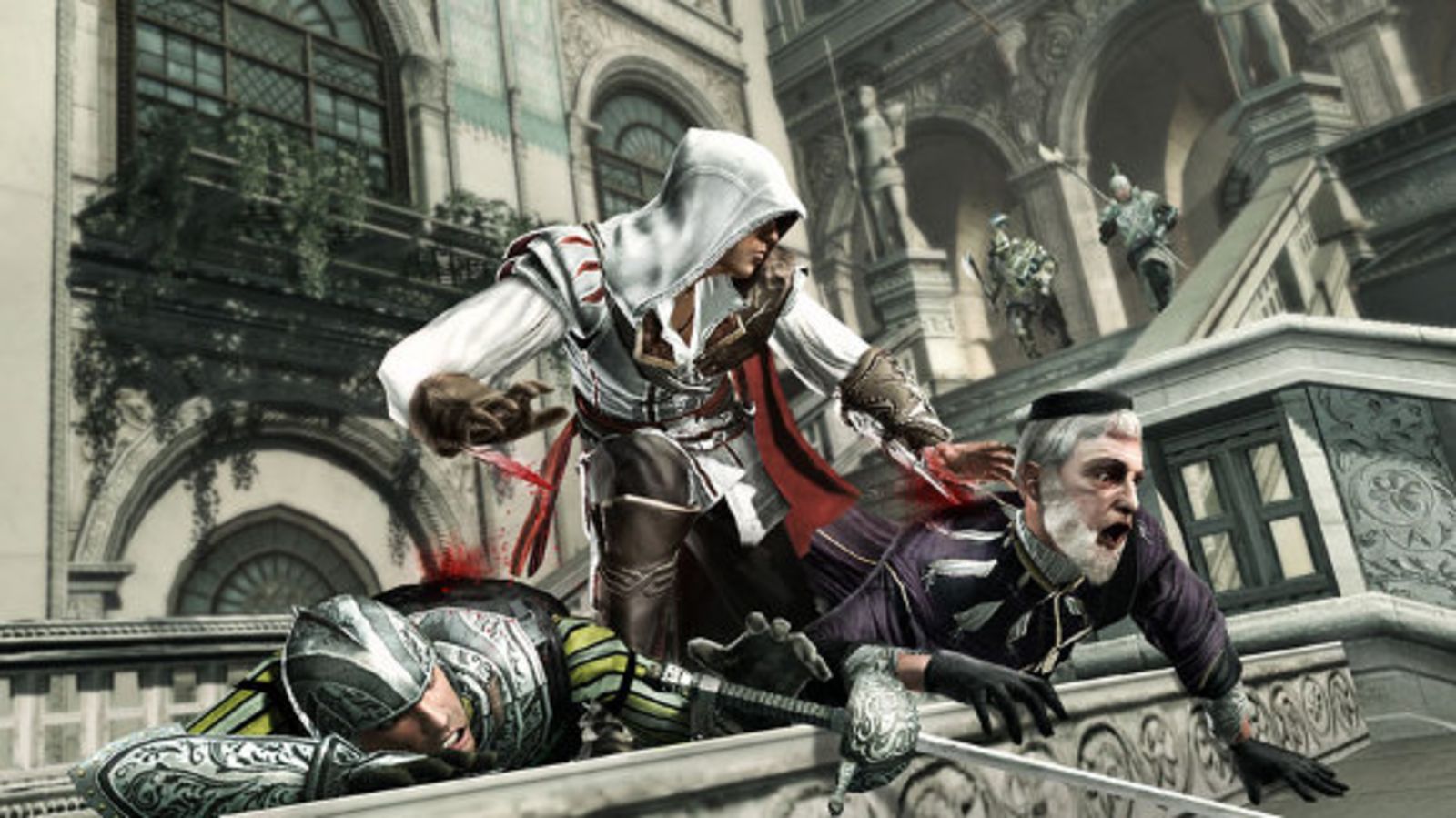 It has recently been announced that not only are Assassins Creed fans receiving Assassins Creed: Valhalla later this year but they are also getting a new canon board game to play. What do I mean by canon? I mean that the story for Assassins Creed: Brotherhood of Venice is not fans-made and is actual story made by the series’ lead designer and founder Triton Noir Thibaud de la Touanne and story designer Fabrice Lamidey.

“From the very start, we always wanted to make something that was cannon in the universe,” Lamidey said.

“We always worked very closely with Ubisoft on the characters, the story, and everything that goes into the game has been seen and approved by Ubisoft. I would say that the main story path is 100% canon. It doesn’t necessarily talk about many characters from the games, obviously. It’s different characters, so what we hope is that maybe one day you would see a spinoff a game, or maybe a novel or a comic book talking about Alessandra, Claudio, or one of our characters.”

“We designed the characters and the story so that it is possible. It is all cannon with the small exception maybe of Creed’s crew expansion, which is a competitive expansion. That one, it’s a bit different.”

This makes the game an official story and more importantly, a never before seen story that is set in the time between Assassins Creed Brotherhood and Assassins Creed Revelations. Also, it will be hosted by Ezio Auditore, one of the most popular lead characters of Ubisoft’s franchise.

However, there will be a number of new playable characters available as well. “You can call Ezio from time to time to help you,” Touanne said. “He can encourage you and you can benefit from his help for one turn. As Fabrice said, we’ll keep the surprises, but you can call him from time to time and he can help you. He can also help you in your HQ, but each player plays their own assassin because we didn’t want one player to play Ezio and the others play other assassins because it could be frustrating. I think it works well, and I think we created very cool assassins.”

Clearly, this will be a bot different to the standard Assassins Creed games that we have seen in the past but this board game could be an enjoyable time among friends.