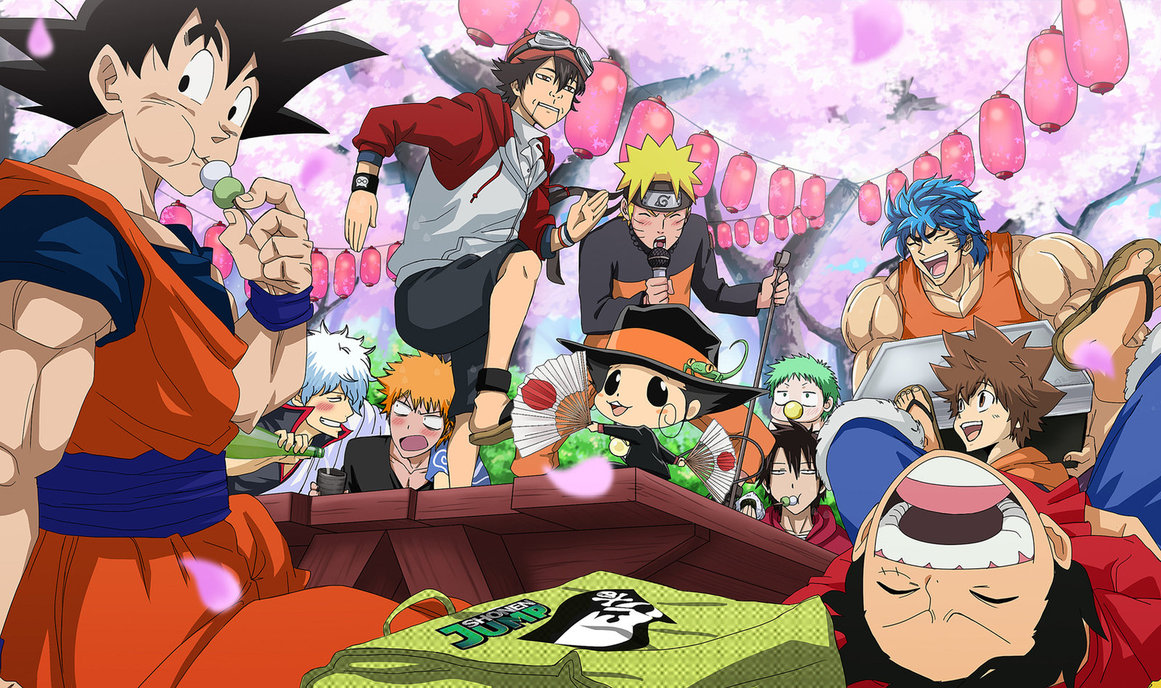 5 Anime To Start Watching/Re-Watch While Isolated

So, it has been a few weeks now since many of us have been told to stay at home (In Australia), as the world battles with a once in a generation pandemic. It shouldn’t be taken lightly though, as many have lost their lives, which is why many of us are staying put in isolation. So, what should we do in that time? I can think of a few things but let’s stick to one that doesn’t involve unwanted pregnancies.

This is a countdown for the 5 anime that I think you should start watching or re-watch now. They aren’t necessarily the “greatest anime of all time” but they will keep you entertained and most importantly, for a long time especially, if these are some of you have somehow missed over the years.

Bleach is an interesting one. The series was abruptly cancelled in both the anime in 2012 and the manga a couple of years later. In all honestly, I wouldn’t have put this in the list, as it’s old and you’ve most likely seen it. However, Bleach is still a classic (apart from the last arc) and is still one of the most watch anime on Crunchyroll even today. In addition, we are getting a new Bleach re-boot, which means more episodes! Therefore, it might be good to re-watch and re-familiarise yourself with the series. There are 366 episodes to digest and 5 movies, which should also just like Dragon Ball, keep you occupied for a while. If you like, you can even throw in the Netflix live-action film too.

To get your hands on Bleach’s manga box-set before the anime’s return you can do so through the link here: https://amzn.to/2QuPVMs

Again, I’m going with the classics here and I don’t care that Avatar The Last Air Bender or it’s spin-off series in The Legend Of Korra aren’t anime. These two series have 61 and 52 episodes, which are a lot less than the other two but make up for it in overall class. Also, there are many comic’s that you can find online for free, which take part in the time-gap between the two shows. Just like the other two shows as well, you can add the live-action film in too, which you can find on Netflix and I believe Stan. Furthermore, a new live-action film has been announced, which means a freshen up on the series might be good before watching that.

Is it no surprise that One Piece has made the list? The anime has been airing since the 1990’s and it is still going strong today, with episodes weekly. This means that as you slowly catch up, you’re still going to be one further episode behind every week as well. One Piece has 925 episodes to date and 16 movies. This is going to keep you entertained for a while and if you’ve been putting this anime off because of its incredibly large episode count, then this is the time to smash out the bulk of it. It hasn’t been the number 1 anime for almost 20 years for nothing. Unlike the others, this has no live-action but there is one in production.

Just like One Piece, Dragon Ball and Bleach soon, the Naruto series is getting more episodes through its spin-off in Boruto Naruto Next Generations. Naruto and Naruto Shippuden have 720 episodes and 11 movies to keep you entertained. Furthermore, the Boruto series already has 155 episodes while writing this article. Honestly, if you haven’t watch Naruto then it’s probably the best one (my personal opinion) to start watching but if you have already seen it, the second time around isn’t going to make it anymore dull. Just like One Piece, there’s no live-action however, there has been talks that one might pop-up soon.

You get your hands on Boruto Naruto Next Generations: Episode’s 1-13 on DVD at Madman Entertainment now. You can also get the latest Boruto game here at a discount through the link here: https://amzn.to/391ajLL